Read more
You are at:Home»News»Global News»Gaming at a Glance: Concerning Baftas and Blizzard
By Liana Dent on April 15, 2018 Global News, News
Welcome back to Gaming at a Glance! After the Easter break, it’s time to put away that dissertation, close that essay, and shut that boring textbook, by digging into the latest games that April has to offer…

Blizzard Entertainment rules the start of this month, dropping a new Overwatch event and a massive Hearthstone expansion. The video game Baftas also took place on April 13th – amongst Nintendo’s inevitable The Legend of Zelda: Breath of the Wild and Super Mario Odyssey wins, some surprise contenders stole the spotlight.
This year’s video game Baftas were awarded on April 13th. After an incredible year for the Nintendo Switch, Nintendo scooped some coveted titles, including Best Game Innovation for The Legend of Zelda: Breath of the Wild, and Best Game Design for Super Mario Odyssey. Overwatch was awarded Best Evolving Game, and indie smash-hit Cuphead won Best Soundtrack. But some lesser-known titles became the evening’s champions. 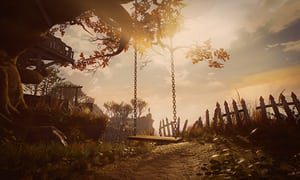 Hellblade: Senua’s Sacrifice bagged nine nominations and four wins for the sensitive and nuanced exploration of mental health – the developers called in the aid of neuroscientists and other specialists – and for its powerful characters and narrative, all based in a Norse mythology-inspired realm. And the title of Best Game bucked the trend of many other award ceremonies by going not to Breath of the Wild, but to What Remains of Edith Finch, an adventure game with a critically-acclaimed story which revolves around a supposedly cursed family.

Overwatch introduced its second Archives event on April 10th. The first in this series was last year’s Uprising, in which players fought off waves of AI in a key mission from Overwatch’s long history. This year, we have Retribution, which gives us a closer look into the bad guys of Overwatch and drops some juicy hints on what led them to leave the organisation. Naturally, this event comes with some amazing new skins and sprays (looking at you, Hanzo), and a gorgeous map which will be made permanently available to play in. Retribution was released on April 10th, and will only be out until April 30th, so get earning those lootboxes now.

Blizzard is also showing Hearthstone some love. The Witchwood expansion was released on April 12th, and comes with 135 new cards and plenty of new mechanics to shake up your next round. The expansion also comes with a sizeable single-player mode similar to that of Kobolds and Catacombs, which gained a lot of unexpected popularity from fans. In this mode, players can choose from four different heroes to fight an array of increasingly difficult bosses, building up their decks as they go – the perfect way to get used to some of your new cards before you take them into the arena. However, the best thing to come out of the Witchwood is the Blair Witch Project parody it spawned as a trailer…
Next time: the Nintendo Labo hits UK shelves on 27th April. Nintendo’s cardboard creation allow gamers to build things like racing cars and pianos which can be controlled by the Nintendo Switch, and has the potential to introduce a whole new era of video-gaming.
Check out the trailer for Hearthstone‘s Witchwood expansion below:
Share. Twitter Facebook Google+ Pinterest LinkedIn Tumblr Email