Read more
You are at:Home»News»Global News»Gaming at a Glance: Nintendo Direct
By Liana Dent on March 17, 2018 Global News, News
March’s first Gaming at a Glance is our biggest by far, coming in the wake of 8th February’s Nintendo Direct. Some massive new titles were announced for the Nintendo 3DS and Nintendo Switch. From blockbuster sequels to classic remakes, games to delight every Nintendo fan are coming to a console near you very soon…
The wait was worth it. This Direct’s last announcement answered fan’s prayers and confirmed Super Smash Bros. is coming to the Switch. Nintendo’s fighter pits dozens of their best-loved characters – along with a few cameos from the likes of Sonic the Hedgehog and Solid Snake – against each other in a free-for-all fighter. Despite having only four titles to its name, Super Smash Bros. is one of Nintendo’s most popular series of all time. 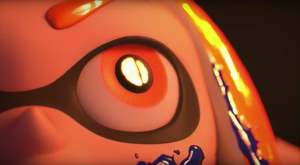 Toying with viewers’ hopes as much as possible, the teaser opens looking like a new Splatoon announcement. However, the world quickly goes dark around the Inklings before a burning Smash logo appears behind them, with a huge array of future characters gazing up at it.

Although outlines of Mario and a Breath of the Wild Link can be made out, the other characters remain just too far away to be discernible. But with a release date later this year, we’ll definitely be seeing more characters than the Inklings confirmed very soon.
It’s unclear whether this will be a port or an entirely new addition to the series, but as a title wasn’t shown in the trailer, it seems likely this will be an entirely new game. I’m holding out for a new story mode. The best part of Super Smash Bros. Brawl was watching all the characters team up together to fight evil. And watching Fox McCloud having a tea party with Princess Peach.
Besides their starring role in the teaser, there are big changes coming to the Inklings’ own game. Splatoon is getting its first paid DLC since its release back in 2015. Octo Expansion comes out later in 2018, and comes with a massive story mode. This means 80 new missions to play through, and piles of new gear for your troubles. 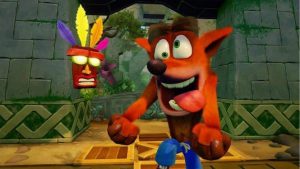 The Switch is also bringing in big names from other developers. Crash Bandicoot: N-Sane Trilogy arrives on 10th July. The beloved bandicoot’s remastered platformers were recieved with delight from critics, bringing three classic games up to date for the PlayStation 4.

With gorgeous graphics and some welcome new additions, this will be a welcome addition to the Switch’s roster for platforming fans. Just don’t let anyone trick you into attempting ‘The High Road’. It’s a trap.
Nintendo’s mascot will be starring in a slew of new games for the first time since Super Mario Odyssey‘s huge success. Mario Tennis Aces launches on the Switch on 22nd June. Every new game has been a welcome addition (the series which first gave us Waluigi can do no wrong), and it seems Mario Tennis Aces will be no exception. The game includes a wide variety of new moves and mechanics, and is bringing a story mode back to the series for the first time since 2005.
Mario will also return to the 3DS next year. Nintendo DS hit Mario and Luigi: Bowser’s Inside Story returns to keep the 3DS going strong. The Mario and Luigi RPG series has created a range of instant classics, such as Superstar Saga and Partners in Time. Mario and Luigi: Bowser’s Inside Story + Bowser Jr.’s Journey boasts a hefty title and a new addition to the story. The original game forced the brothers to work with their arch nemesis to save the Mushroom Kingdom, and the remake will see Bowser Jr. joining the action to help out his dad. 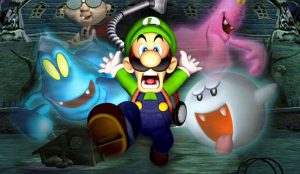 Before Bowser Jr.’s had his time to shine, Mario will step aside to let his brother take the spotlight in a new Luigi’s Mansion game later this year. Once more, Luigi will have to overcome his fears and brave a haunted house with his trusty Poltergust to rescuse his brother.

The original was released on the GameCube almost twenty years ago, and recieved the highest praise for innovation in gameplay, as did its first 3DS sequel in 2013. Nintendo hasn’t been forthcoming on details, but we do know this game is not a remake, but a brand new addition to the series.
Finally, Mario’s evil twin will get his moment in the sun: WarioWare Gold arrives on 3DS on 3rd August. The WarioWare series consists of tiny ‘microgames’ lasting only a few seconds. In each round, an array of hilarious and downright bizzare tasks must be completed: shooting spaceships, styling hair, dodging sharks on wheels. Gold will be the tenth game in the series, and as befits this milestone, boasts hundreds of microgames.
And for something completely different, Undertale will be on the Switch before the year is out. Yes, the smash-hit PC indie is coming to console. The game boasts a surprisingly emotional story which can go one of two ways – you can play through this RPG like so many others, attacking everyone in sight, or you can go through the game without a single fight, taking on enemies armed only with your wits (and maybe that slice of butterscotch pie if you hadn’t eaten it by the second boss, you monster). With memorable characters, a truly fantastic soundtrack and gameplay which subverts every RPG trick in the book, this is one to get your hands on come August. 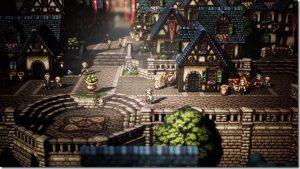 And a new challenger arrives in the form of Octopath Traveller. Coming to the Switch in 2018, the RPG features eight adventurers, each with unique stories, personalities and abilities. Who you meet and where you go from there is up to you, but with eight entirely different starting points, it seems the land of Kingship is a place to get lost in for a very long time.

The game is styled with a 3D environment populated by pixellated characters, creating a retro-modern appearance which somehow meshes perfectly with the stunning concept art of the game. It seems Square Enix are going all out on Octopath Traveller, and with their track record, it’s definitely a newcomer to get excited for.
Next time on Gaming at a Glance: Nintendo keeps it coming with Kirby Star Allies for the Switch on 20th March – and Detective Pikachu for the 3DS on 23rd March. I can’t help but find a talking Pikachu deeply concerning, but we’ll see how this turns out… Meanwhile, Sea of Thieves finally arrives on Xbox One and PC 20th March to fulfil all your piratical needs, while Assassin’s Creed Rogue: Remastered will be released on Xbox One and PlayStation 4 on 20th March.
Check out the teaser for the new Super Smash Bros. below:
Share. Twitter Facebook Google+ Pinterest LinkedIn Tumblr Email