Read more
You are at:Home»News»Global News»Gaming at a Glance: Overwatch updates and Bayonetta
By Liana Dent on March 3, 2018 Global News, News
Bayonetta and Bayonetta 2 bring their insane action to the Nintendo Switch for a well-deserved upgrade. Ands February draws to a close, people are beginning to consider what the next month will bring – a new Call of Duty Game? A new hero for Overwatch‘s ever-growing roster? Only time will tell…
As Feburary draws to a close, Dynasty Warriors 9 has struggled to gain momentum outside Japan. And rumours concerning the next Call of Duty begin to surface, with whispers that the next instalment in the series will be a remake of the hugely successful Call of Duty: Modern Warfare 2. It’s early days, but the evidence may begin to mount. 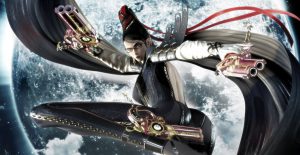 Bayonetta and Bayonetta 2 were re-released for Nintendo Switch on 16th February. These ports bring the series’ over-the-top action up to date after the original releases in 2009 and 2014 respectively. Bayonetta is a witch with guns in her high heels and hair which summons demons. You won’t be in it for the nuanced plot – the game is here to let you revel in its insanity. And the action doesn’t slow down: every moment looks stunning and is full of intense, frenetic action.

The combat has been polished in these updates until it’s as shiny as Bayonetta’s chainsaws, and the improved framerate is very welcome in such a fast-paced game after issues in the originals. These remakes prove the Switch to be a great choice for action games, and raise the series to new heights ahead of the upcoming Bayonetta 3. 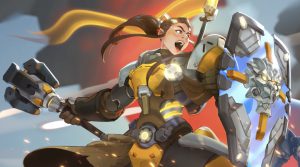 It’s that time again for Overwatch fans: after a series of hints dropped by Blizzard Entertainment, the next hero has hit the Public Test Region. Brigitte is the game’s latest support class. With ties to some original heroes of Overwatch‘s story and a unique range of abilities, there’s plenty of reasons to try out a few matches on the PTR before Brigitte officially arrives in the game around a week from now.

Brigitte’s style will bring a fresh way of playing to many fans. She can defend allies with her shield and heal them with armour packs, and damages enemies with her flail. This will undoubtedly appeal to offense players who want to stay in the fight for longer, support players looking for someone new after Mercy’s recent nerf, and tank players looking for more flexibility.

The last hero before Brigitte was Moira, another support character. This means we likely won’t meet another for a while.

But with Brigitte, support mains will have plenty to keep them occupied until Blizzard starts dropping hints about their next release, sending fans into another few weeks (or months) of frenzied conspiring. And so the cycle continues…