A little later than fans anticipated, Reading and Leeds Festival have finally released their four headliners for the bank holiday weekend.

Returning to the Mainstage after two years, Fall Out Boy have finally made the final push to headline alone, after co-headlining with Biffy Clyro in 2016. The Mania band have already promised via their social media they they’re “going to make this one super special.”

Saturday’s Mainstage sees another co-headlining bill that has become synonymous with Reading and Leeds over the past couple of years. American hip-hop artist Kendrick Lamar returns to the (co)headlining slot after a successful set back in 2015. He shares the stage with ‘Nine in the Afternoon’ singers Panic! At The Disco who also last graced the Mainstage in 2015, albeit further down the line-up than Kendrick.

Sunday sees the return of headlining veterans Kings of Leon, after a nine years absence from the festival. Their most recent album Walls reached number 1 in both the UK and the US. Other acts announced today were: Post Malone, Dua Lipa, Courteeners, Post Malone, Wolf Alice, Skepta, Nothing But Thieves, The Wombats and many more.

Check out the full announcement below: 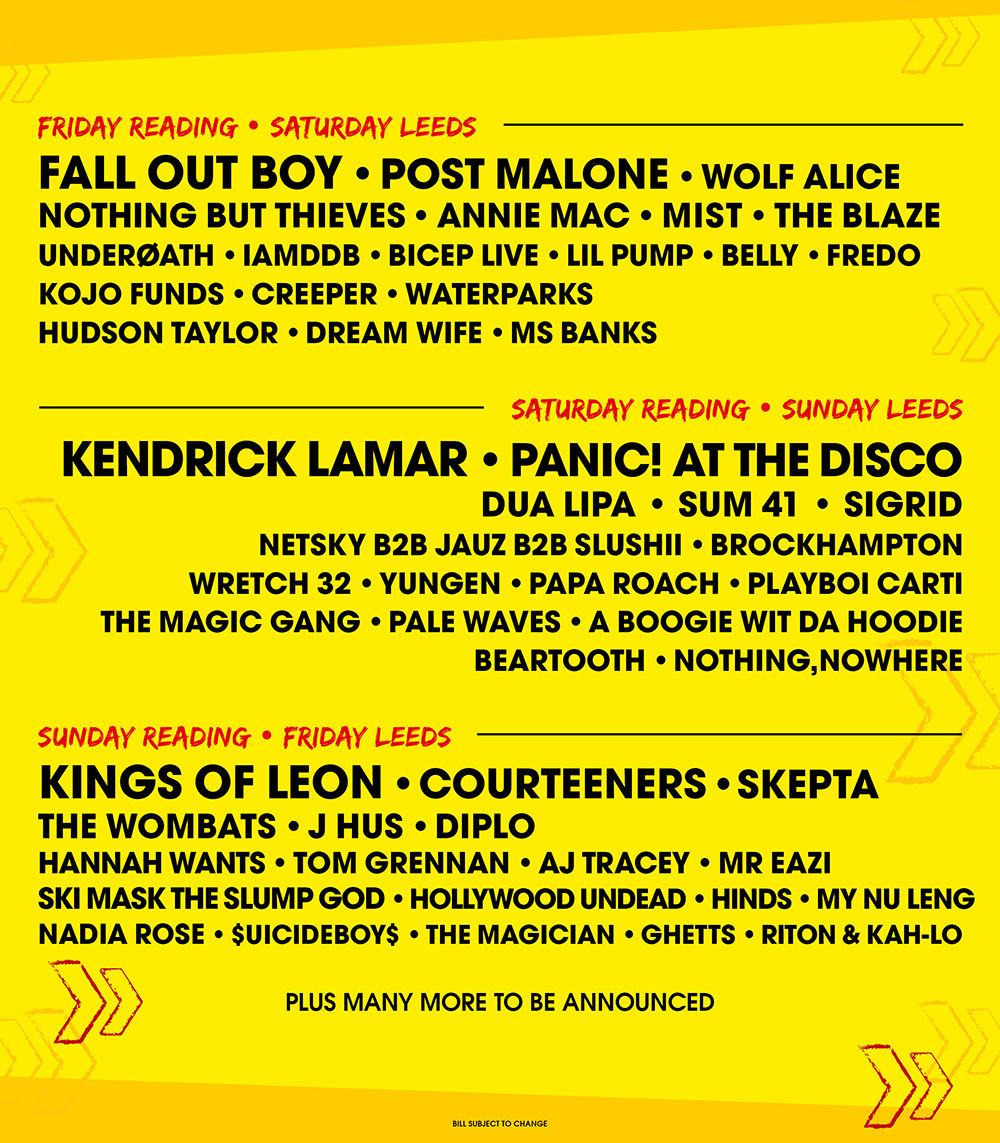 Tickets for the August bank holiday weekend can be found here.