Read more
You are at:Home»News»Global News»Gaming at a Glance: Rainbow Six Siege, Breath of the Wild, Death Stranding and Overwatch
By Liana Dent on December 21, 2017 Global News, News

Every two weeks, Gaming at a Glance will be bringing you a bitesize roundup of the biggest gaming news from the last two weeks. We’re kicking things off with a look at Rainbow Six Siege‘s slow and steady rise to fame, Breath of the Wild‘s well-deserved successes, the insanity that is Death Stranding, and finally how Overwatch is getting into the festive spirit as well…

The start of December marked two years of Tom Clancy’s Rainbow Six Siege. After a less than successful launch, its intense first-person-shooter multiplayer steadily attracted more and more devoted gamers – today, it boasts a still-growing fanbase, and earned its 25 millionth player a few days after its anniversary. 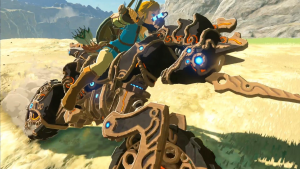 The Legend of Zelda: Breath of the Wild earned the coveted title of Game of the Year at the 2017 Game Awards, along with Best Direction and Best Action/Adventure Game. This has been a great year for Nintendo’s Switch: Super Mario Odyssey was another of the ceremony’s five nominees for Game of the Year, and both games were strongly deserving of the award.
You’d expect that Breath of the Wild‘s successes will continue this month with the release of its second DLC, Champion’s Ballad. If you can see its new challenges through to the end, you’ll earn the Master Cycle Zero for Link. Yes, you can now ride a motorbike across the fields of Hyrule. What’s not to love? 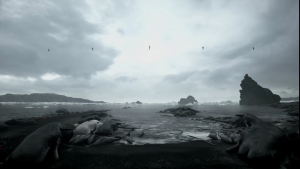 The Game Awards also gave us a third trailer for one of the most hotly anticipated games of recent years: Death Stranding. It’s being produced and directed by gaming pioneer Hideo Kojima, and features the talent of Norman Reedus, Mads Mikkelsen and Guillermo del Toro in all their motion-captured glory. This all-star acting and directing cast is one explanation for the deluge of overanalysis and speculation which follows in the wake of each trailer. The other explanation lies in the fact that every trailer we’ve had so far makes hardly any sense.

Seriously, what is happening in Death Stranding? What are we even looking at? There’s a baby, sometimes, kind of… However indecipherable it might be, this trailer only makes us more excited to find out the answers. When exactly we’ll get that chance remains to be seen – although there are rumblings that a release date announcement is on the horizon.

And on a slightly saner note, 12th December saw the beginning of Overwatch‘s long-awaited Winter Wonderland event. From now until January, we’ll get to explore snow-covered maps, hunt yetis, and unlock an array of gorgeous new skins and other cosmetics, which include a nod to fans who might recall last year’s winter comic. And most importantly, Orisa got a puppy, which is objectively the best thing that’s ever happened to Overwatch. They’re just too cute together.

Next time: What will be the final gaming announcements of 2017? Last-minute Switch news is possible – perhaps we’ll hear the first news of the next Pokémon releases, right on time to remind Trainers to catch Ultra Sun and Moon this Christmas? I just need my Diamond and Pearl remakes. Whoever says the Sinnoh region didn’t have some of the best Pokémon is deeply misinformed.