Ellis got his start as a playwright before breaking into the world of television with minor roles throughout the early 2000s. He gained popularity with his roles on The Inside, and Veronica Mars.

However, it was not until 2008 that he was cast as Lafayette Reynold’s in HBO’s adaptation of Charlaine Harris’ novels, True Blood. In honour of his position as a fan favourite, he remained a constant fixture through all seven seasons of the show. His striking portrayal of the sassy psychic led to him being given a Satellite Award for his supporting role in the series. 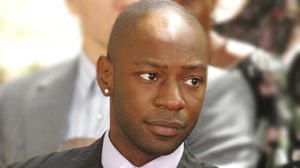 In the wake of his passing, HBO said in a statement: “We were extremely saddened to hear of the passing of Nelsan Ellis. Nelsan was a long-time member of the HBO family whose groundbreaking portrayal of Lafayette will be remembered fondly within the overall legacy of ‘True Blood.’ Nelsan will be dearly missed by his fans and all of us at HBO.”

Ellis’ co-stars have spoken out following his death. Joe Manganiello said: ‘Crushed today by the loss of my friend and castmate Nelsan Ellis. He was a wonderful person, a pioneer, and a one of a kind artist.’ Anna Paquin also took to Twitter, saying: “It was an utter privilege to work with the phenomenally talented and deeply kind soul.” She went on to add, “I’m devastated by his untimely death.” Gabrielle Union, Sam Trammell, Stephen Moyer, Octavia Spencer, and Alan Ball among many others have shared messages mourning Ellis’ passing.

Ellis was not only a talented television actor, he also appeared in a number of films throughout his career, including The Help, Lee Daniels’ The Butler, Get On Up, The Stanford Prison Experiment, and Secretariat.

Ellis is survived by his grandmother, father, his seven siblings, and his son, Breon.

Watch Ellis discussing one of his most iconic roles as True Blood’s Lafayette, and his varied career: