Julian Dennison has been announced as joining the cast of Deadpool 2, as revealed by co-star Ryan Reynolds.

Dennison, who was the breakout star of last year’s indie hit Hunt for the Wilderpeople, was featured in 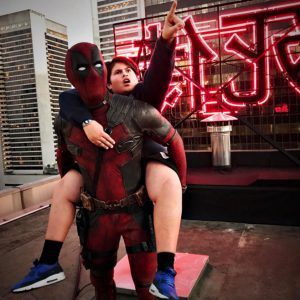 a picture on Reynold’s Instagram account, which sees the iconic superhero giving Dennison a piggyback with the caption: ‘Giving Julian Dennison a warm 💀💩L welcome as we stare off into our beautiful future together. #RickyBakerPool #NZ’

Hunt for the Wilderpeople’s director Taika Waititi – who has directed the upcoming fellow Marvel addition, Thor: Ragnarok – took to Twitter to express his happiness at the casting decision.

The New Zealand-born teen will join the already ballooning cast list, including Josh Brolin (Cable), Zazie Beetz (Domino), and Leslie Uggams (returning as Blind Al). Dennison’s character has not yet been revealed.

Deadpool 2 hits cinemas on 1st June 2018. Check out the teaser trailer below: