After being announced by Marvel Entertainment last year, the new original Inhumans series will 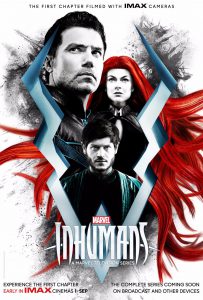 This will follow its premiere’s two week slot at the IMAX beginning 1st September, and it will continue to air weekly each Friday on ABC.  The series tells the story of the King of the Inhumans, Black Bolt (Anson Mount), with Iwan Rheon as Maximus and Serinda Swan as Medusa, as shown in the newly released poster.

Another poster shows the royal family’s Hidden City of Attilan, which was described in the 1975-77 comic line as behind concealed on: ‘the blue side of the moon’. 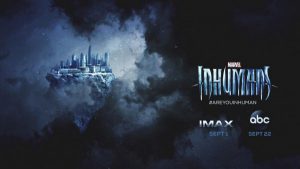 The first two episodes will air back-to-back before continuing weekly for a total of eight episodes.

The Friday air date does not bode well for its success, but the fanbase behind the comic series may allow it to prosper within the little slot it has been given.

Inhumans will premier worldwide in IMAX on 1st September.  A UK television airdate has not yet been confirmed. Watch the trailer below: