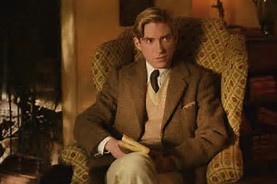 One might normally associate the Winnie the Pooh creator with the peaceful world of the Hundred Acre Wood, but this new trailer shows Gleeson as Milne facing heavy artillery fire in the midst of the First World War.

The film is based on the true story of Milne’s time in the army, before transitioning into an exploration of how his love for his son, Christopher Robin (Will Tilston), led to his famous books.

The trailer shows the beautiful moment, between Gleeson and Tilston, where Christopher first realises that his stories are being turned into a book.  “Are you writing a book?  I thought we were just having fun.” he asks his father who replies, “We’re writing a book and having fun”. 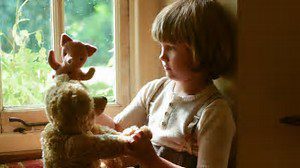 Goodbye Christopher Robin is directed by Simon Curtis and will be released in UK cinemas on 29th September 2017 and distributed by Fox Searchlight Pictures.  Watch the trailer below: