Rising star Lewis Capaldi has been added to the lineup for TRNSMT Festival this coming July.

Having racked up an impressive 8 million hits on Spotify in just a few weeks, Capaldi will be taking the King Tut’s stage powered by Utilita, and joining the already immense bill alongside Kasabian, Radiohead, and Biffy Clyro. 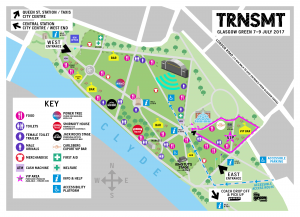 Having just played as support for fellow TRNSMT artist Rag ‘n’ Bone Man in Hamburg, Capaldi comes as a welcome addition to an already impressive lineup. It’s equally impressive when you factor in that his first headline show was only last year in King Tuts itself.

Don’t forget to download the official TRNSMT app, available on both Apple and Android, and take a look at the festival’s site maps.

TRNSMT Festival takes place from 7th-9th July. Check out the full line-up and buy tickets here. Weekend, two-day, and single-day tickets are available, as well as VIP packages. Check out Lewis Capaldi below: