Read more
You are at:Home»News»Global News»New judge and presenters announced for Channel 4’s Bake Off
By James Barker on March 16, 2017 Global News, News

The new judge and presenters have been announced for Channel 4’s version of the Great British Bake Off. 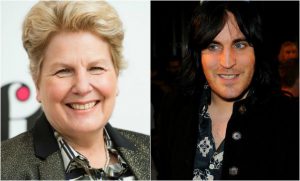 They replace Mel and Sue as the Bake Off presenters, who left the show along with Berry in 2016 due to the controversial move of the show from BBC to Channel 4. Prue Leith is a 76-year-old South African restaurateur and writer, known for presenting the BBC’s Great British Menu. She’ll be joining Paul Hollywood, the only core member of the BBC’s cast to make the move.

Bake Off left the BBC in Autumn 2016 when their company Love Productions sold the rights to Channel 4. The move created a lot of controversy, which caused Mary, Mel and Sue to quit the show.

Check out some of the earlier GBBO presenter gossip below: