The nominations for the 89th Academy Awards have been announced today with Damien Chazelle’s musical La La Land leading the nominees as it equalled the record set by All About Eve and Titanic with 14 nominations. 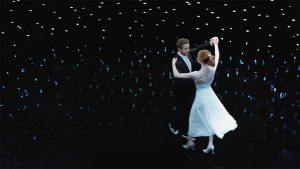 After last year’s #OscarsSoWhite controversy, there are non-white nominees in every acting category with Viola Davis (nominated for Best Supporting Actress in Fences) and Mahershala Ali heading in to the event as likely favourites in their respective categories. Elsewhere another record was beaten as Meryl Streep received her 20th acting nomination for her role in Florence Foster Jenkins, becoming the most nominated performer in Oscar history.

The 89th Academy Awards will take place on 26th February 2017 and will be hosted by Jimmy Kimmel. Check out the main nominees below:

BEST ACTOR IN A LEADING ROLE

BEST ACTOR IN A SUPPORTING ROLE

BEST ACTRESS IN A SUPPORTING ROLE

O.J.: Made in America
13th
I Am Not Your Negro
Fire at Sea
Life, Animated