Ed Sheeran has announced the release date of his third album, ÷ (Divide), today via Facebook. 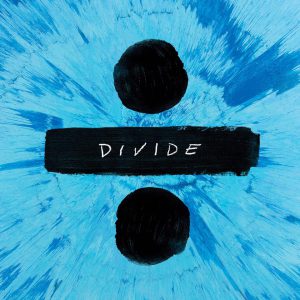 It’s been a busy week for the returning global superstar, who released his new singles ‘Castle on the Hill’ , and ‘Shape of You’ last Friday (6/1), confirmed his album’s name as ÷, and released its tracklist yesterday (11/1).

At 11am via his official Facebook account, Sheeran confirmed that fans would be able to get their hands on ÷ on March 3rd; and also unveiled some pretty flashy cover art.

It follows Sheeran’s trend of naming his albums for numerical operations – his debut album, + (Plus), was released in 2011, followed by the international success x (Multiply) in 2014. The latter is one of the best selling albums in the history of the UK, certified 9x Platinum with sales of over 2.4 million.

If you can’t wait to hear ÷, get yourself excited by listening for Sheeran’s current number one, ‘Shape of You’: