The animated 20th Century Fox classic Anastasia, has had its theatre adaptation in the works for years now.

Finally, as the date of its Broadway opening draws nearer and nearer, more details of the production’s cast, as well as the first images from its previews have begun to emerge. As well as this, a stunning new poster advertising the production has been unveiled. 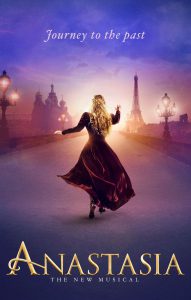 The show is set to open on Broadway at the Broadhurst Theatre on 4th April 2017, and stars Christy Altomare in the eponymous role as the lost Russian princess. Altomare is accompanied by Derek Klena as Dmitry, John Bolton and Caroline O’Connor as the Countess Lily Malevsky- Malevitch.

The play includes iconic songs from the film including ‘Journey to the past’ and ‘Once upon a December’, as well new songs and a brand new score. The team behind the play encompasses many Tony Award recognised names; including Terrence McNally, Stephen Flaherty,  and Lynn Ahrens as the writers.

The show has already played its world premiere on the Hartford Stage in Connecticut, to where it was met with a completely sold-out audience, and an incredible reception. See the images from the premiere below, as well as a Broadway introduction from the cast. 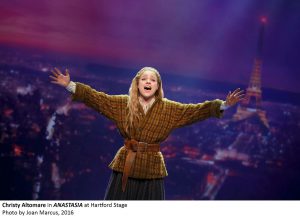 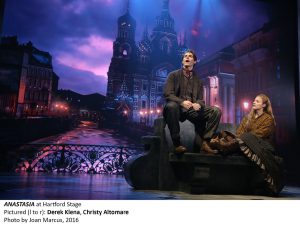 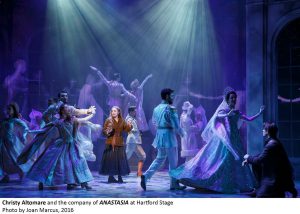 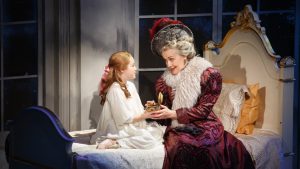 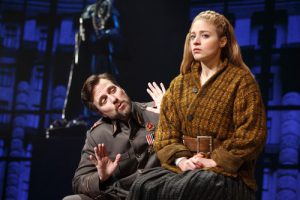