Read more
You are at:Home»News»Global News»Notes on News: What do we think of Pixar and Disney’s never-ending reboots?
By Holly Hammond on August 9, 2016 Global News, News

We’re midway through 2016, and the current film release schedule is starting to look a little bit familiar. Obviously, this is somewhat dependent on your definition of a reboot, however, it can’t be denied that the next few months are starting to resemble a never-ending string of reboots and spin-offs that nobody asked for.

July saw one of the most anticipated films of the year, Pixar’s Finding Dory, take to the big screen. This marks the franchise’s first return to cinema since the original instalment, Finding Nemo, was released in 2003. It can’t be denied that the film has been incredibly popular – taking the title for biggest grossing animated movie in US history – and it received a Freshness rating of 94% on Rotten Tomatoes. Yet, we can’t help but wonder why the company chose to wait 13 years before following up the success of Finding Nemo. This was definitely a welcome reboot, though. 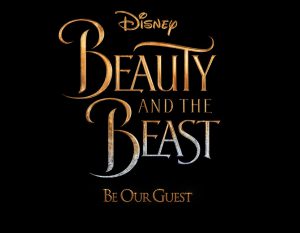 Another much-anticipated remake is Disney’s Beauty and the Beast which we can expect to be released in March 2017. This one is looking like another success based on the hype for the trailer and the exciting casting choices which include acting giants such as Emma Watson, Ewan McGregor, Emma Thompson, Ian McKellen and Stanley Tucci.

Disney’s acquisition of Lucasfilm has also provoked an aggressive spate of reboots and spin-offs from the original 1970’s/80’s films in the form of 2015’s Star Wars – Episode VII: The Force Awakens (and the two confirmed sequels to follow), as well as upcoming Rogue One: A Star Wars Story of the adjacent Star Wars Anthology film series.  With a Han Solo prequel and, possibly, a Boba Fett one also on the cards, the Star Wars universe is being rapidly expanded, as Den of Geek’s release calendar reports, we’ll be seeing quite a few more Star Wars films in the coming years. 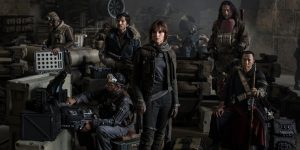 Yet, if any series advises caution when filming a reboot of a beloved film, it is Star Wars. The prequels to the popular original films were unmitigated disasters and have been relentlessly mocked and disregarded by fans ever since. This should be a cautionary lesson to Disney and Pixar who seem to be dominating our attention with reboots all over the place right now.

It can’t be denied that there have been some impressive successes so far, but when is the world’s tolerance for reboots and spin-offs going to wane? Pixar’s recent film announcements include Cars 3, The Incredibles 2 and Toy Story 4. Disney follows a similar pattern with Pete’s Dragon, Tink, Dumbo, and Pinocchio also being reboots of older films. Whilst there have been a few original films revealed such as Disney’s Moana later this year, recent announcements for the studios have been mostly reboot-centric. There’s also been talk of Aladdin, Mulan and Peter Pan each receiving the reboot treatment having not been on the silver screen since 1992, 1998 and 1953 respectively.

I can’t see the public’s ambivalence to reboots lasting too much longer. Some people have even started to question where originality and imagination in filmmaking has gone.  It’s not so much that Disney and Pixar have gotten lazy, and can’t be bothered to write and produce an original film. There are several in the current line-up that disprove this, such as Gigantic and Zootropolis. It has much more to do with the previous success of a franchise, specifically the belief that a reboot or spin-off from a popular series is a safer bet financially than gambling on a more unique or risky film.

However, studios have to know where to draw the line. How many sequels is too many? When do you stop making films? Do you just run a franchise into the ground until you can’t make any more money? Reboots are a tricky business to get right. I feel like the old adage: ‘Do it properly, or don’t do it at all.’ definitely applies. If you get it right, you’ll re-spark someone’s passion and love of the original film or series. Do it wrong? You’ll taint the original and it will only be measured by the strength (or lack thereof) of its reboot.

You can watch the trailer for Disney’s much anticipated remake of Beauty and the Beast below.