According to Deadline, Kirsten Dunst is set to make her directorial feature film debut with an adaptation of Sylvia Plath’s famed 1963 novel, The Bell Jar. 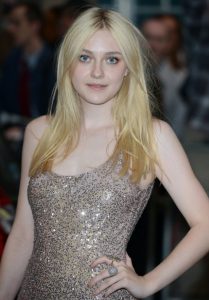 Dakota Fanning has been slated to star in the film as the main protagonist, Esther Greenwood – a magazine intern who, upon returning to her mundane life in Boston, begins to suffer from mental illness.

The semi-autobiographical novel, which was last adapted on screen in 1979, has been adapted this time in a screenplay written by Dunst and Nellie Kim. Executive produced by Celine Rattray, the film looks set to be one of those rare examples of a Hollywood production predominantly championed by female filmmakers.

Dunst, who was recently nominated for an Emmy for her performance in Fargo, has previously directed a pair of festival-selected short films; Welcome, starring Winona Ryder and John Hawkes and Bastard, starring Brian Geraghty and Lucas Haas.

Produced by Priority Pictures, production on The Bell Jar is expected to start in the first quarter of 2017.

Watch the trailer for Sylvia, the 2003 film detailing the poet and author’s life, below.