Acclaimed Hollywood director, producer and actor Garry Marshall, has sadly died at the age of 81.

Marshall’s impact in Hollywood and US television circles was huge and lasted for over five decades. He first started out as a joke writer on Jack Paar’s early incarnation of The Tonight Show, before chalking up more TV credits on shows like The Dick Van Dyke Show, The Lucy Show and The Odd Couple. 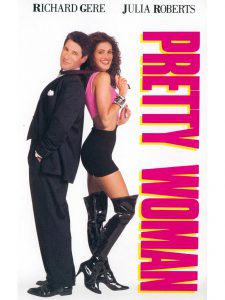 The five-time Emmy nominee then went solo to create the perennial US comedy favourite, Happy Days. Henry Winkler, who played the Fonz, tweeted his condolences this morning: “Thank you for my professional life. Thank you for your loyalty , friendship and generosity.”

In the 1980’s Marshall turned his hand to directing Hollywood feature films, racking up a string of hits with comedies like The Flamingo Kid and Nothing in Common. His 1988 drama Beaches, starring Bette Midler, also earned an Oscar nomination and high critical praise.

Marshall’s biggest success however, was his bittersweet 1990 comedy, Pretty Woman, starring Julia Roberts as a down-on-her luck call girl who life changes when she meets a wealthy playboy (Richard Gere). The film, which is often regarded as one of the most popular romantic-comedies of all time, grossed $400,000,000 worldwide.

In the later stages of his career, Marshall continued to direct successful romantic-comedies, from The Princess Diaries franchise to his more recent Holiday-centric films (New Year’s Day, Valentine’s Day, Mother’s Day). He was also a well-regarded comic actor, making appearances in Hocus Pocus, A League of Their Own, Louie C.K., and Lost in America.

Marshall is survived by wife Barbara, their three children and sisters Penny Marshall (who is also a Hollywood director) and Ronny Hallin.