Star Wars Celebration is currently taking place in London, and just as 2015’s celebration saw the release of new The Force Awakens footage, so too did this year’s showcase the upcoming Rogue One. Boy oh boy did it do that.

The trailer is below, and then I challenge you to watch it without geeking out to an enormous degree. Coupled with the gorgeous new poster unveiled at SWC, this latest glimpse is incredibly good.

There’s so much to go through here. Like The Force Awakens, the film has be shot on locations, but unlike TFA, there’s much more than rehashes of old planets on display. The trailer gives up a tantalising glimpse at a tropical planet, featuring a gorgeous shot of classic stormtroopers walking in the sea (shot in the Maldives).

A bunch of cool aliens, a look at some truly gorgeous action, and not a single lightsaber or Jedi in sight. The closest thing to either would be Donnie Yen’s character Chirrut, a blind true believer in the Force, who follows Felicity Jones’ Jyn Erso on the Rebellion’s mission to steal Imperial Weapon plans. I’m in love with this footage – it left me with my jaw hanging after the first time I saw it. More importantly though, is is a reassurance for fansc after some worrying rumours about the film and potential production/tone difficulties. It is rare for a trailer to feel so fresh and yet so rooted in the Star Wars universe, especially in the case of spin offs. Fortunately, Rogue One manages all that and more.

Rogue One: A Star Wars Story, is released in the UK on 16th December 2016. See the new poster below and the new trailer above. 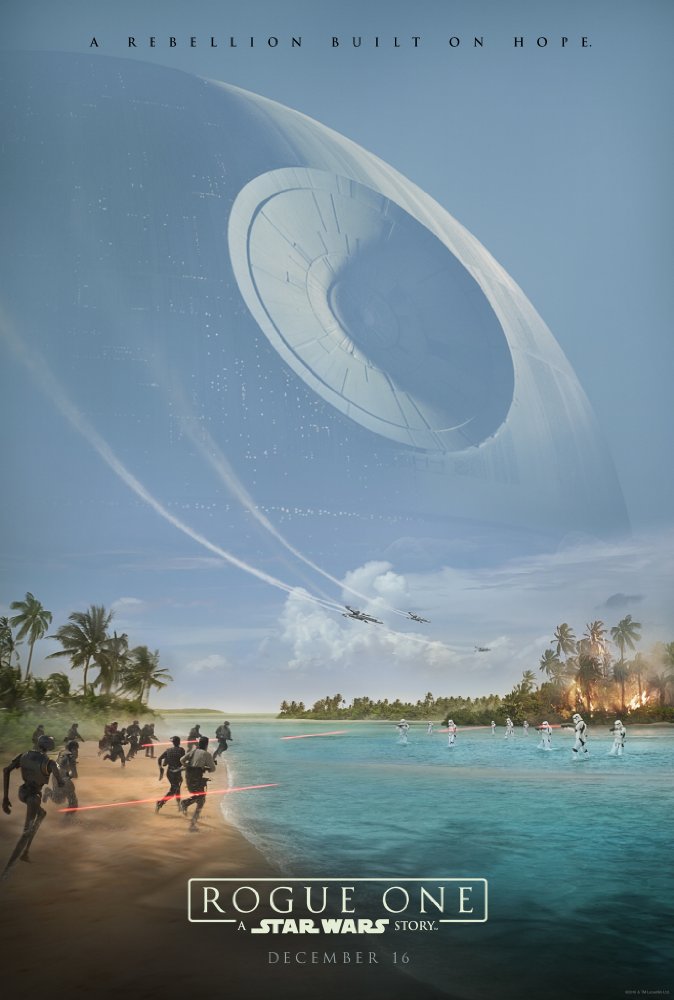