Read more
You are at:Home»News»Global News»Fast and Furious 8 offers first look at meaner, moodier Hobbs
By Robert Pratley on May 29, 2016 Global News, News

The Fast and Furious franchise star Dwayne Johnson has given an exclusive first look at his character Hobbs via his personal Facebook page. 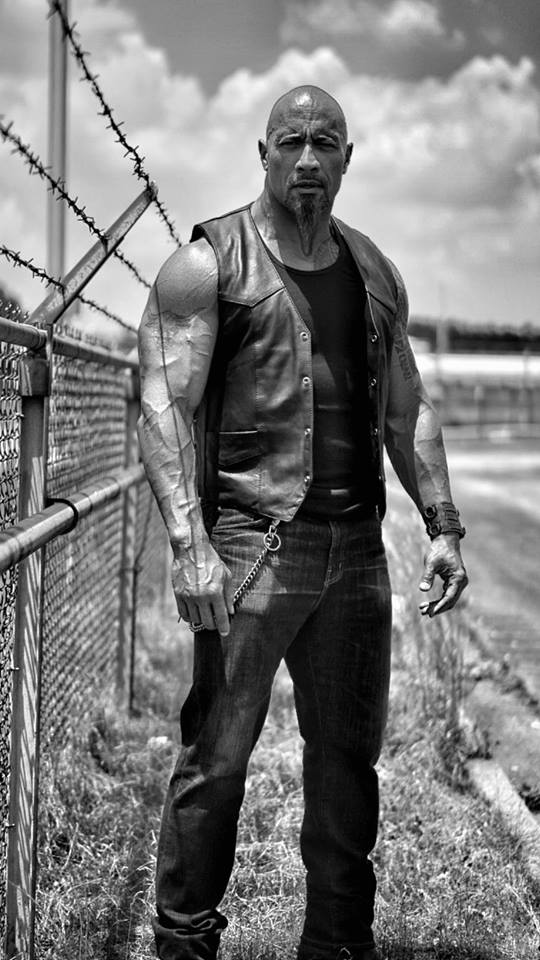 The greyscale image shows a mean and moody Hobbs staring into the camera lens next to a barbed wire fence and dirt-track in the background. Johnson commented briefly on the picture and Hobbs’ new role with the ominously cryptic teaser: “when you strip a man of all he has. All that’s important to him. You force him to return to his roots… and sometimes that’s a very dangerous and twisted place.”

The former wrestler-turned actor continued: “If I was going to return for another Fast & Furious, I wanted to come in and disrupt the franchise in a cool way that got fans fired up and their blood pumping to see a new version of Hobbs.” He then teased the potential of Hobbs having future projects, or possibly even getting a solo movie: “Most important… you guys around the world will really dig this new version of the role, cause as we always say, disrupters dent the universe.”

Considering the way Furious 7 ended, it will be interesting to see exactly what direction they intend on taking the long-running driving action-thriller franchise in the future. One thing is for sure, fans can look forward to Johnson’s Hobbs locking horns with Charlize Theron’s main antagonist, Cipher. The film also sees the return of Nathalie Emmanuel as hacker Ramsey, while Scott Eastwood joins the franchise.

Fast and Furious 8 is set to be released in UK cinemas on 14th April 2017. In the meantime, check out the trailer for the previous instalment below.