Read more
You are at:Home»News»Global News»Emmerdale makes history at the British Soap Awards
By James Barker on May 29, 2016 Global News, News

Spoilers ahead – don’t read if you’re planning to watch tomorrow!

Emmerdale has made history at this year’s British Soap Awards by winning Best Soap for the first time in the award show’s history.

The Yorkshire-set soap opera is the same age as EastEnders, which has scooped the big prize 11 times in the past, but this is the first time Emmerdale has ever won the coveted award for best overall soap. It follows a hugely successful year for the program, which has seen dramatic storylines like the helicopter crash which killed long-running character Val Pollard (Charlie Hardwick). 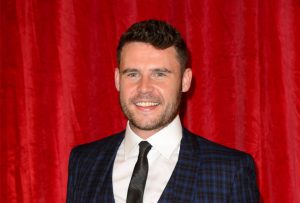 Despite Emmerdale‘s triumph, EastEnders still won the most awards of the night. Lacey Turner won big, scooping not only Best Actress and Best Female Dramatic Performance, but also Best Storyline. Lacey’s character, Stacey Slater, was involved in a high profile ‘postpartum psychosis’ story earlier this year, which saw Stacey believe her newborn son Arthur was the Son of God as he was born on Christmas Eve. The scenes of her psychosis, and subsequent ones detailing her recovery, have been highly praised by both critics and fans. 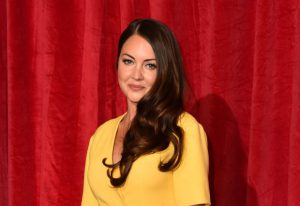 Other wins for EastEnders saw Bonnie Langford win Best Newcomer for her role as Carmel Kazemi, and Steve McFadden win an Outstanding Achievement Award for playing Phil Mitchell. McFadden has appeared almost constantly as Phil since 1990, and is still at the core of the show’s biggest stories today, relapsing to alcohol in a dramatic year-long plot.

Notable people that missed out were Danny Dyer (Mick Carter, EastEnders), who missed out on Best Actor for the third year in a row; Alison King (Carla Connor, Coronation Street), who didn’t win Best Actress despite making her exit from her soap after ten years in dramatic scenes last night; and EastEnders’ controversial stillbirth storyline.

You can watch the British Soap Awards, presented by Phillip Schofield, tomorrow on ITV, at 8pm.