Read more
You are at:Home»News»Global News»Jeff Bridges joins the cast of Kingsman: The Golden Circle
By Anneka Honeyball on May 28, 2016 Global News, News

Jeff Bridges has revealed that he is joining the cast of Kingsman: The Golden Circle. The Oscar winning actor took to Twitter today to reveal his participation, playing an as-yet-unknown character in Matthew Vaughn’s upcoming spy-action sequel. 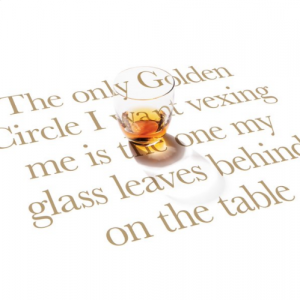 In line with previous marketing posters, the image shared by Bridges is of a singular prop – in this case, a neat glass of scotch – sat upon a sprawling golden quote which reads: “The only Golden Circle I want vexing me is the one my glass leaves behind on the table.”

The film, which is currently in the process of shooting will see the return of Taron Egerton and Mark Strong as Eggsy and Merlin, as well as the addition of Halle Berry, Channing Tatum and Pedro Pascal, who are joining the cast as members of the Statesmen – the Kingsmen’s American counterpart. Elton John will also be making a appearance.

While Julianne Moore is lined up to play the big villain this time around, previous posters have also suggested that Colin Firth’s seemingly deceased character, Harry Hart, might also make a shocking return.

Kingsman: The Golden Circle is currently slated to arrive in US cinemas on 16th June 2017. Remind yourself of the first film in the video below.