With a week to go until the Common People festival opens its gates in Southampton and Oxford, organisers have released comprehensive set times to allow visitors to plan their weekends.

The event, first run by the organisers of Bestival in 2015, is headlined by Craig David’s TS5 and Duran Duran, who will be performing in Southampton at 9:45pm on Saturday and 9:15pm on Sunday respectively.

Action on the Common continues on all three stages and at the Bug Bar until 10:45pm on both days of the Bank Holiday weekend, kicking off at 11am on Saturday with local indie-rock quartet Wild Front on the central Common Stage. They will be followed by the likes of Public Enemy and The Chuckle Brothers on the Saturday, with Katy B, Chas & Dave, and a 105-minute set from 99 Souls all featuring on Sunday’s line-up.

Brighton-based psychedelic trio The Wytches are confirmed as the new headliners for the Uncommon Stage on Sunday night at 10pm after “unforeseen circumstances” led to Palma Violets’ withdrawal from the billing. This alternative platform, curated by renowned St. Mary’s Street venue, The Joiners and focusing on local south coast talent, also welcomes the likes of Lonely The Brave, These Septic Stars, Seán McGowan, and successful entrants to the ‘I Want To Play At Common People’ battle-of-the-bands contest.

For more on Common People, including ticketing information, check out our full preview and picks for acts to look out for over the weekend. To view the timings and line-up in full, see the image below. 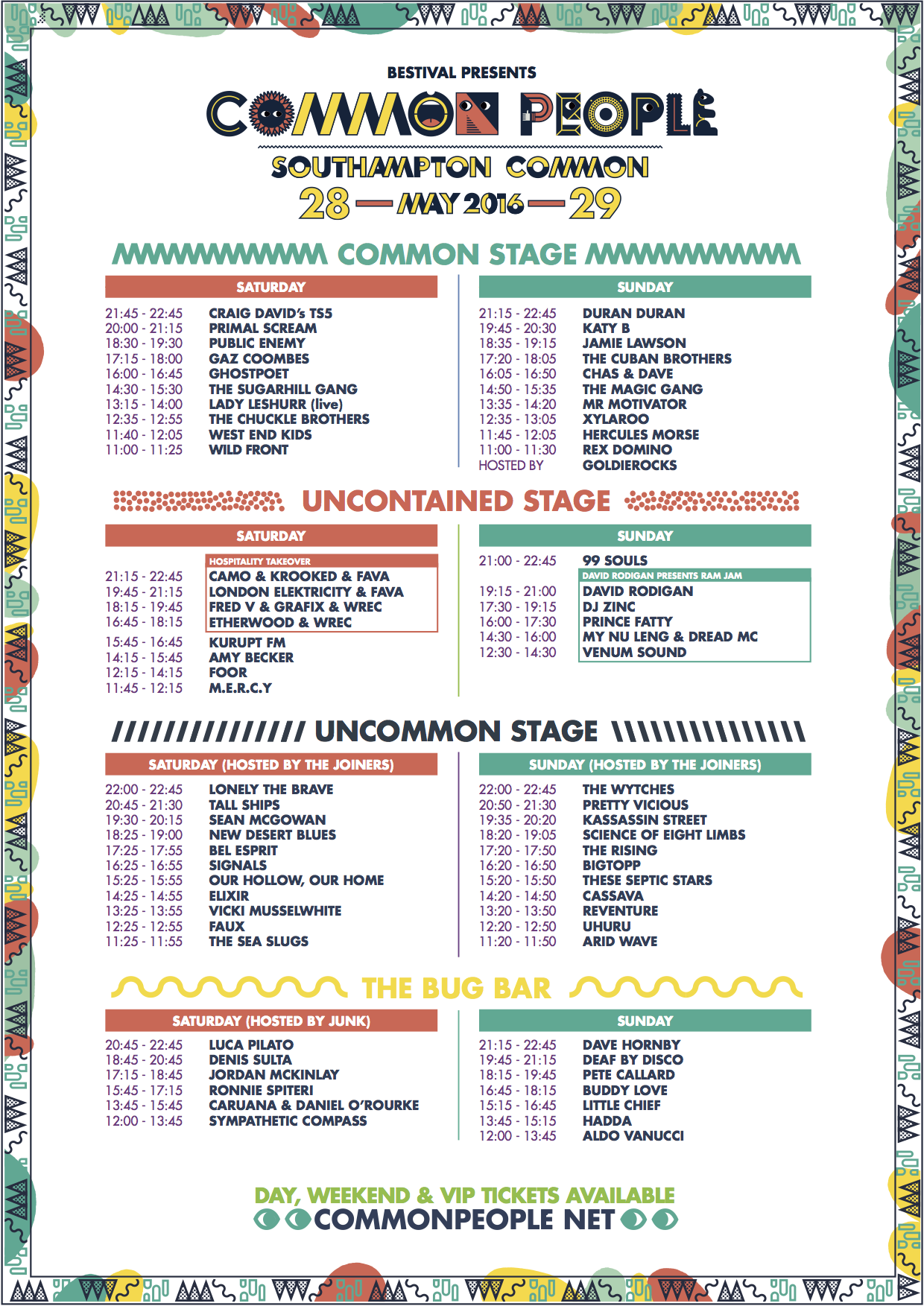