The Smiths released one of their most iconic tracks, ‘Bigmouth Strikes Again’, 30 years ago today on 19th May 1986.

The song featured as the lead single from their third album The Queen Is Dead. The song itself charted at no. 26 in the UK singles chart, while the album peaked at no. 2 in the UK album charts, proceeding a 22 week long stay. 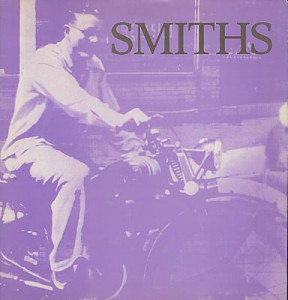 Whilst on the surface the song may seem to be one of The Smiths’ more poppy and dance-y songs – mainly thanks to Johnny Marr’s funky sounding guitar work – it’s lyrics speak a little deeper. The track references Morrissey’s frustration at being criticized for his comments as he sings “I was only joking” about how he’d “like to smash every tooth in your head” or how “you should be bludgeoned in your bed,” before comparing his situation to Joan of Arc and how he sympathizes with her.

As is often the case with The Smiths, the song bears an infectious chorus which elicits sing-alongs and an attempt to mimic Morrissey’s unmistakable voice. It’s certainly up there with ‘There Is A Light That Never Goes Out’ and ‘This Charming Man’ in terms of indie-pop euphoria.

Since the band’s split, Morrissey has been known to play the song live and even change the lyrics slightly to “and her iPod started to melt” instead of “walkman.” Johnny Marr has also played the song in his sets and it remains a Smiths’ fans favourite.

The song has also been covered by alt-rockers Placebo and the band Chumbawamba (of ‘Tubthumping’ fame) have a song of the same name, which is often mistaken to be a cover of the original.

30 years on, the song remains an indie/alt-rock staple. Sing it with me now… Bigmouth, la da daaaa da daaa…