Read more
You are at:Home»News»Global News»Giovanna Fletcher is coming to Southampton as part of her book tour
By Rehana Nurmahi on May 18, 2016 Global News, News

Giovanna Fletcher, the author behind romantic novels such as Billy and Me and Dream a Little Dream, is coming to Southampton to do book signings on 3rd June 2016.

The signing is happening at the West Quay Waterstones on Friday 3rd June, from 12.30pm. Customers have been advised to queue early if they want to get a signing as it is on first come, first served basis. 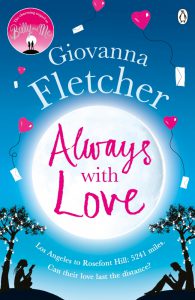 Fletcher will be signing copies of her new book, Always with Love, which is a sequel to her 2013 debut, Billy and Me. Her book tour also has stops in London, Reading, Chelmsford, Lakeside and Milton Keynes.

The blurb for the new book is as follows:

“Sophie’s got used to being the girlfriend of Billy Buskin, the biggest movie star in the world. Sort of.But when she and Billy take a trip to visit his family in Los Angeles, she quickly discovers she’s totally unprepared for the chaos of Hollywood, the paparazzi and Billy’s controlling mother.And when Billy extends his stay in LA, leaving Sophie to fly home to Rosefont Hill alone, it seems there’s more than just miles between them.Now Sophie must decide if they can overcome their differences for good. Because not every love story lasts the distance . . .”

As well as being an author, Giovanna is known for her internet vlogs, alongside her husband Tom Fletcher- better known as 1/4 of the band McFly. As well as this, she also appears on ITV’s morning chat show Lorraine.

Watch one of the Fletchers’ vlogs below.