Read more
You are at:Home»News»Global News»Notes on News: What the White Paper means for the BBC
By James Barker on May 13, 2016 Global News, News

As your new Culture Editor, I have more than a vested interest in the future of the BBC. The world’s oldest broadcasting organisation is, to this day, the pioneer for television across the globe. Without the BBC, we wouldn’t have Doctor Who, Strictly Come Dancing, the Great British Bake Off, Poldark, EastEnders, Top Gear, the Graham Norton Show – I could go on and on and on, until this article would turn into a long list of successful TV shows we all know and love. So, why, oh why, would someone want to attack it?

Ok, ‘attack’ is a strong word. Let’s not get too political here. But, unless you’ve been hiding away from the news, you would have seen that things haven’t been harmonious between the BBC and the new government for some time now. To give you a basic rundown, the new Tory government, led by Culture Secretary John Whittingdale, have decided that, after years of letting the BBC do its own thing, it needs a major overhaul. The BBC’s money comes from the license fee, which is legislated by the government. Due to the upcoming renewal of the ‘Royal Charter’ (an agreement between the BBC and the government over the next 11 years of BBC future), the government holds the power – and has some big changes they want to make before they agree to sign. Today, they have published these changes in something called ‘The White Paper’.

Got it? No? I don’t blame you, it’s quite complicated. The main question is: what does the White Paper mean for the BBC, and its entertainment output – the shows we at The Edge love to bang on about? Here are the big changes you need to know about… 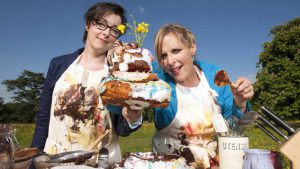 Does the BBC have its fingers in too many pies? [Image from homemadebyyou.com]

The White Paper’s first and most re-iterated point is that the BBC must focus on the content that makes it so distinctive. The report dictates: “Commissioning editors should ask consistently of new programming: ‘Is this idea sufficiently innovative and high quality?'” Now, this is a great idea in principle, but perhaps not in practice. As I said earlier, the BBC has been around for a long time, and has commissioned the most innovative shows in the world in its time. However, we are a generation fixated with nostalgia. We see something good in our history, take it, and try and make it even better second time around. One example of this is Still Open Hours, which has had two successful series in the last two years, but is simply a recreation of the original Open All Hours – even using the same sets. Nothing really innovative about that, but it’s definitely worked well. And who can really say what’s going to be innovative, and of high quality, until there’s an audience to receive it?

2) ‘Star Pay’ could unmask some of the biggest BBC earners

A new requirement of the White Paper is to have employees earning over £450,000 named. Though it claims their exact salaries won’t be publicised, as was earlier feared by them, the move does affect some of the BBC’s biggest stars – I’m talking Graham Norton and Chris Evans. Now, this could put stars off working with the BBC, as it feels like they are being ‘named and shamed’, causing them to move to private broadcasting corporations such as ITV and Channel 4. The government have already pressured the BBC into cutting talent bills by 15%, which for some reason is making the Tories happy. 15% less talent is surely not a good thing.

3) You’re gonna have to start paying for BBC iPlayer 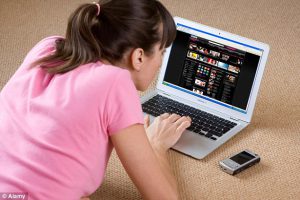 “Nooooooooo!” I hear you cry from your university rooms. Alas, the White Paper is firmly telling the BBC to close the current loophole which means you can watch all of the BBC’s original content free on the iPlayer, as long as you aren’t watching it live. You will have to purchase a TV license like you would if you wanted to watch an actual television, and further bad news – the price (currently £145.50 a year) is going up and will keep going up with inflation. I wince for my bank balance. But in reality, we’ve been quite lucky to have this service be free for as long as we have had it, and the money should (hopefully) go back into the BBC and help them make more ‘high quality and innovative’ drama.

Though all of us media types get prickly about the government fiddling in our beloved BBC, the White Paper isn’t as bad as everyone feared. Though it does mean a change in direction for the BBC, we are still a nation recovering from a recession, and maybe it’s time the media industry was a bit more affected by that. With the BBC set to accept the terms of the White Paper and a new Royal Charter being signed, our beloved broadcasting association is safe for another 11 years, and that we should be grateful of. But the question remains: Why is the government even that bothered about this anyway? You know how the old saying goes: If something ain’t broke, don’t fix it.