Read more
You are at:Home»News»Global News»Notes on News: On Game of Thrones and avoiding spoilers
By George Seabrook and Rebecca James on May 12, 2016 Global News, News

Here at The Edge, we love a bit of Game of Thrones. But if there’s one thing the show is notorious for – besides killing off characters and making us wait ages for answers – it’s the threat of spoilers. Following Pedro Pascal’s recent comment that “if you’re not caught up, you can’t complain,” two of our writers debate the magnitude of our worries against spoilers. (Oh, and obviously, there are some spoilers ahead!)

Fear of spoilers seems to be the new fear of missing out – people will go to extreme lengths to avoid any and all information concerning the must see television show or film. There are very few things more aggravating than opening your Facebook timeline the morning after not being able to catch a show live to find an article from a well known entertainment publication screaming ‘Shock Death’ alongside a featured image that makes it clear who the deceased is. 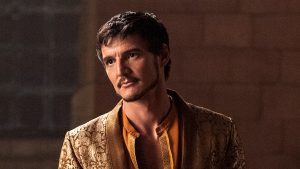 One of the actors in Game of Thrones, Pedro Pascal, recently suggested that people should avoid social media if they didn’t want a key moment in a television show to be spoiled, and while I can understand that you can’t expect an unlimited amount of time after a landmark show has aired to be completely spoiler free, I object to the rhetoric that demands you to avoid a pretty central part of the internet, for fear of having your enjoyment of the surprises of a show ruined when you do get to watch it.

This isn’t a complaint about finding out about the status of Jon Snow, or any particular Game of Thrones spoiler, but rather it addresses the attitude that it is the responsibility of the audience to avoid being spoiled, rather than the responsibility of commentators – whether they be the general public, or more high profile figures/publications.

This is particularly pertinent for an international show, like Game of Thrones, which airs in America on Sunday evenings, in the middle of the night in the UK. The show doesn’t air in the UK until 9.00pm on the Monday evening. Prominent entertainment publications, like Entertainment Weekly like to dissect the minutia of the episodes in detail the moment the program has finished airing, which means that many UK viewers wake to find their social media accounts potentially spoiler infested. This desire to connect with the desire to Google fan theories and question small details of an episode as soon as the show is over is understandable, however it ultimately ends up alienating the publication’s international audiences.

In addition to this, the desire to avoid spoilers is driving UK audiences to pirate and streaming sites in an attempt to stay ahead of any spoiler filled coverage. It is no surprise that Game of Thrones tops the annual lists of most pirated television shows, and just telling people to avoid social media is only encouraging people to use less than legal means to stay up to date with the shows that they love.

I’m not saying that publications and general users of social media should be gagged from saying what they think about an episode – some of the best reactions (like the videos people shot of their friends reactions during the infamous Red Wedding scene) come from an immediate visceral reaction to a show. However, I think that simply saying *SPOILER WARNING* in the text of an article isn’t enough to give everyone the opportunity to find out about the twists and turns of show as originally was intended – watching the show on the television.

To anyone who writes openly on their Facebook, Twitter, Tumblr, or indeed for Entertainment Weekly, about prominent deaths and moments in TV shows and films, the instant that said films and TV shows have been released to the general public (and without providing enough warning or opportunity to avoid spoilers for the unaware audiences), here’s a fun little word for you to remember: STOP! No matter who you are, you should want to preserve someone’s experiences of entertainment, rather than spoiling it in advance.

This has been a problem with Game of Thrones in particular since The Red Wedding episode, as various internet publications bring their reviews of episodes down to the most basic, minute-by-minute recap of all the things that happened. Usually these may be accompanied with a qualifying statement of “That was interesting!”/”This was slow!”/”Dorne again?!*”. This isn’t criticism, it’s practically PR, providing summaries of episodes. And nearly all of these recaps, or accompanying opinion pieces contain spoilers. And that’s fine. But, spoiling someone’s experiences or not, the discussion of “shocking” moments, like Jon Snow’s death or his resurrection, tends to revolve around how much we actually were shocked by them. It’s a frustrating part of our current cultural landscape, that because of the prevalence of spoilers, we value our ability to discuss “things that happened”, and if we liked them or not, rather than actually unpacking why these “things” happen, or what they mean. This greatly irks me. I am irked. 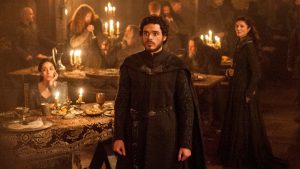 It all started with The Red Wedding… (Image via Mashable)

Let’s use Jon Snow as the example, expressed above. I agree, that finding out that he had died, in the immediate aftermath of Season 5’s finale, ahead of your own ability to watch it, would constitute a massive faux pas. The reason is, because just as with the “Red Wedding”, his death was the murder of a character that seemed untouchable, and not only served to remind us the constant threat to all the characters, but more importantly, it was a shocking moment that served to profoundly shift audience perceptions of the Night’s Watch. It left us unmoored, uncertain, and suddenly we all had one thought: Jon Snow has to come back to life. Ruining that moment for someone robs them of the change in perspective, which is what the best art is able to give us.

However, if you’ve had Jon Snow’s resurrection spoiled for you, I’d honestly be surprised. Because his death was predictable. It wasn’t quite a shock. And that’s genuinely okay, because not only was it a good bit of fan service (it’s been literally the one constant question to anyone and everyone involved in the show since last June), it’s great storytelling. Sometimes great stories are predictable. My fear is that, in privileging the discussion of such shock moments, and how they made us feel, rather than why, we are creating a culture that values surprise in stories over substance. So what if you find out that your hero dies at the end of the story? I want to know why they die, and what it’s supposed to mean. Sure, there’s dissatisfaction in spoilers, but if the shocks are the only reason you watch Game of Thrones, I have a feeling you might be disappointed in the end.

One last note though: very occasionally, I begin to feel as though these deaths, previously the biggest possible things to spoil, are no longer as big a deal as they once were. After the landmark episode ‘The Rains of Castamere’, the people who still want to watch Game Of Thrones may not in fact be deterred by reading ahead and seeing deaths. My own parents actively engaged with a spoiler-heavy BBC News article the day after Jon Snow’s death, and they were at least a series behind. Will it stop them watching? If anything, it’s made them more interested. They’re not seeking out every single death and spoiler ahead of time, but their investment in Jon Snow, and the other characters, compelled them to read. That says something very special about the level of great storytelling that’s been happening in this show. Just because the hero dies, doesn’t mean their journey isn’t worth experiencing. Ask yourself why something happens next time, not simply what happens.