Sydney Film Festival held its program launch this morning, revealing the full range of films, experiences, and events occurring over 8th-19th June. Accompanying the already announced Scorsese Retrospective, Beyond Cinema collection, gourmet dining options and many other exciting film-related events; the program boasts a range of Australian premieres alongside the best of this year’s festival run – with everything from farting corpses to mermaid vampires being covered in content.

The theme for this year’s SFF is ‘Change your view, change your world,’ a sentiment designed to reflect the magic of cinema and it’s ability to educate and inspire. The sections for the event follow this variation and personality of cinema by offering a wide range of choice for audience members to choose from. 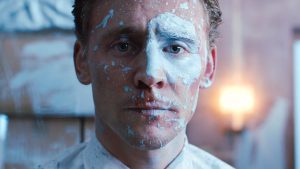 Freak Me Out offers uncomfortable narratives and horror themes, showing films such as Iranian thriller Under the Shadow and High-Rise, starring Tom Hiddleston. Restorations offers older films brought back to life for a contemporary audience, hosting Australia’s own Bliss, and the first Filipino film to ever screen at Sydney Film Festival (1979), Insiang. Features hosts ‘captivating stories from great cinematic storytellers,’ with Stephen Sewell’s Embedded and Sokurov’s Francofonia included in the line-up.

Special Presentation brings premieres and award-winning films to the State Theatre, such as Captain Fantastic and Demolition, while Family Film, Animation and Short films all bring a clear category to the mix. Sounds on Screen is another section that is making an appearance, listed as ‘a celebration of the way films about music and musicians make for some of the most compelling cinema created,’ and the American Epic Box Set – an exploration of American pop music throughout the years.

There’s also a focus on different countries and their own personal cinemas, with categories such as Korea on the Verge: Social Faultlines in Korean Cinema; which offers what the title suggests – exploring Korean cinema and politics through films such as Alice in Earnestland (Best Korean Feature, Jeonju 2015). Focus on Ireland: From Rebels to New Romantics is also an available section of the festival with exciting 80’s themed popfest Sing Street, alongside the touching drama from Paddy Breathnach, Viva. There is also European Cinema: 10 Women Filmmakers to Watch, a welcome focus on female directors, and International Documentaries; two more categories that explore countries and global areas from a wider perspective.

Also being screened are competitions from all over the country, such as the Documentary Australia Foundation Award, Dendy Awards for Australian Short Film and the Official Competition (for the Sydney Film Prize). This is in tandem with an abundance of talks from industry professionals and the Festival Hub, a multi-purpose pop up for all sorts of activities throughout the 11 days of the festival.

The full list of events, line ups, talks and a whole host of other exciting film opportunities can be found at www.sff.org.au, which is also where tickets and flexipasses can be purchased.