Read more
You are at:Home»News»Global News»Meet the new Han Solo, Alden Ehrenreich
By George Seabrook on May 6, 2016 Global News, News

How do you go about re-casting one of the most iconic characters in movie history? The task set for Phil Lord and Chris Miller (directors of The Lego Movie and 22 Jump Street) of finding an actor to play the “Young Han Solo” in their as-yet unnamed Star Wars Story, was to go through one of the biggest casting calls in history – 1000s of unknowns and more-knowns were seen for this. And who can blame them, really? Finding a young version of Harrison Ford’s star-making character is bound to cause upset, and some would say it shouldn’t be done at all. 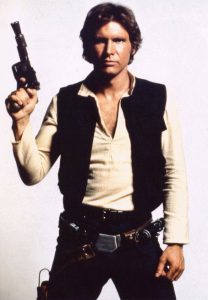 Yet re-cast they had to, because this film is getting made. Luckily for us, 26 year old Alden Ehrenreich, who broke out recently with his scene-stealing comedic (and very nuanced) performance as Obie in Hail Caesar! (directed by the Coen Brothers), has been chosen. It’s a plum role, to say the least. The lead in what will surely be one of the biggest films of 2018 (when it’s released), and a role that’s undoubtedly going to garner a lot of attention. Ehrenreich is said to have impressed the execs at Lucasfilm and Disney with his screen tests, beating out more well-known young names like Kingsman star Taron Egerton, Miles Teller from Whiplash, and Ansel Elgort of The Fault In Our Stars fame.

What do we think of this? Personally, I’m all for it. Since I saw the shortlist of actors a few months ago, I’ve wanted Ehrenreich to clench the role. Even before I saw Hail Caesar! (which has not only a brilliant performance from Ehrenreich, but also an entirely brilliant film) he felt like the actor with the raw, cowboy-esque stylings and attitude that you could find Ford sporting as he slouched in that Mos Eisley cantina booth. He’s a fair few inches shorter than Ford himself, but that shouldn’t matter too much. Tom Cruise is about the same height than most of the women he plays against, and he’s one of the biggest, most charismatic stars on the planet. And on a purely personal level, Ehrenreich could totally get it.

The film, scripted by Lawrence and Jon Kasdan, has yet to begin filming. In an interview with The Empire Podcast, Kasdan denied rumours that the film would be a typical origin story of how the space smuggler went from boy to man, but more like an exploration of the person he was some years before he met Luke Skywalker and Obi-Wan Kenobi in the original Star Wars. Kasdan has also said that this was the story that got him back on board with the new Star Wars films, including The Force Awakens.

Whilst Ehrenreich’s starring role will have to wait to be captured on film (or indeed digital) until January 2017, there have been reports that this early casting is because he will cameo in Rogue One: A Star Wars Story as Han Solo. That film, which is set between Revenge of the Sith and the original, is concerned with the band of rebels that first stole the Death Star plans.

You can watch the trailer for it below.