Read more
You are at:Home»News»Global News»This Month on Netflix: May 2016
By Anneka Honeyball on May 3, 2016 Global News, News

In our ongoing monthly feature, The Edge takes a look at ten of the best new releases coming to Netflix UK in May. Among this month’s releases are a number of crowd-pleasing films, as well as some new original series. 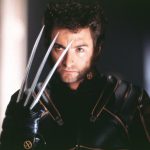 In anticipation of X-Men: Apocalypse, Netflix are bringing the film that started it all to their streaming service this month. Starring Hugh Jackman, Sir Ian McKellen and Sir Patrick Stewart, Bryan Singer’s 2000 superhero film follows the razor-clawed Wolverine in his first encounter with the band of gifted mutants known as the X-Men. Arguably one of the best superhero films in the last 20 years, it’s a film worth revisiting – if only for Jackman’s witty one-liners.

An Education – 1st May 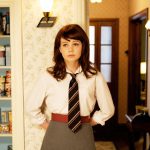 Lone Schefig’s Oscar-nominated coming of age tale, An Education, is coming to Netflix this month. Based on the memoir by British journalist, Lynn Barber, the film follows a 16 year old school girl as she is seduced into a complicated relationship with an older man. Featuring a breakthrough performance by Carey Mulligan, and also starring Peter Saarsgard, Alfred Molina, Emma Thompson, Rosamund Pike and Dominic Cooper, An Education is a beautifully crafted film that is well worth the watch. 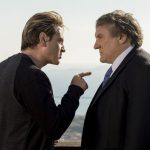 May also sees the debut of the streaming service’s first French original series, Marseille. Mixing the political backstabbing of House of Cards with an air of continental class, the series stars Gerard Depardieu as Robert Taro, the titular city’s Mayor of the last 20 years, who prepares his last coup ahead of the municipal elections: pushing through the vote for the construction of a casino in the historic centre of the Marina. But when his successor’s all-consuming ambition comes to light, a power struggle begins.

Grace and Frankie: Season 2 – 6th May 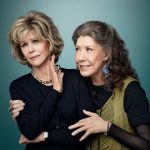 Marta Kauffman’s tender comedy drama, Grace and Frankie is set to return for a second season this month. Starring Jane Fonda and Lily Tomlin (of 9 to 5 fame), the series follows the two old nemeses, who face an unexpected final chapter of their lives after their husbands announce that they are in love with each other and plan to get married. Also starring Sam Waterston and Martin Sheen, this Netflix original offers an amusing take on our twilight years. 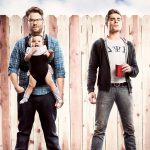 In preparation of the upcoming sequel, Netflix are adding the first Bad Neighbors film to their comedy collection. Starring Seth Rogen, Rose Byrne and Zac Efron, the film follows a young married couple who find themselves at war with the college fraternity next door. Also starring the likes of Ike Barinholtz, Dave Franco and Christopher Mintz-Plasse, Bad Neighbors is a film full to the brim with gross-out humour and escalating shenanigans. 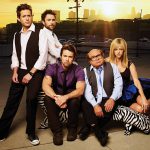 The eleventh season of one of the most binge-worthy comedies around is coming to Netflix this month. Starring Charlie Day, Glenn Howerton, Rob McElhenny, Kaitlin Olson and Danny De Vito, It’s Always Sunny in Philadelphia follows a bunch of depraved underachievers as they run a dilapidated Irish bar in South Philadelphia. Full of shamelessly depraved humour and dastardly plots, It’s Always Sunny might just be the perfect excuse to distract yourself from revision. 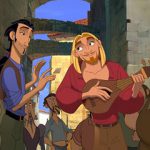 Netflix are adding yet another Dreamworks animation to their Kids’ vault with The Road to El Dorado. Featuring the vocal talents of Kevin Kline and Kenneth Branagh, this iconic buddy-comedy follows two swindlers who accidentally discover the hidden city of El Dorado, where they are mistaken for gods. Bright, zesty and fun, the 2000 animation also features some excellent music, courtesy of Elton John and Hans Zimmer. 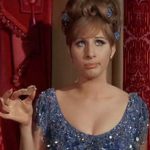 Continuing their efforts to add some classic Hollywood glamour to the service, William Wyler’s 1968 romantic-comedy musical, Funny Girl, is coming to Netflix. Starring the inimitable Barbra Streisand and the late Omar Sharif, the film follows the complicated relationship between a bright, young Broadway star and a professional con artist. The film won Streisand an Oscar and is widely considered to be one of the greatest musicals of all time. 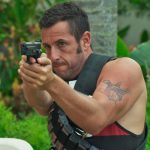 Following in the footsteps of his critically panned Western ‘comedy’, The Ridiculous Six, Adam Sandler is back with yet another dubious Netflix exclusive. The Do-Over – which is only the second in Sandler’s four-movie deal with the streaming service – stars Sandler and David Spade as two friends who reunite at their 25th High School reunion and decide to seek adventure after years of mundane living. It’s probably not going to be good, but if you like laughing at something for how bad it is, Sandler’s your guy. 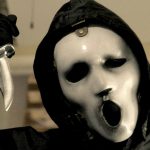 The second season of MTV’s slasher series, Scream will be available to watch on Netflix at the end of the month. Based on Wes Craven’s popular horror film franchise, the series revolves around a popular high school student called Emma, who is terrorised by a masked killer. Following the events of last season, Emma returns to the town of Lakewood after spending months at a retreat. However, the town is nowhere near safe, as the killer re-emerges.