With all the hype surrounding Marvel’s spring blockbuster Captain America: Civil War, one would be forgiven for forgetting we are due another Marvel film this year, featuring Benedict Cumberbatch portraying the Sorcerer Supreme, Doctor Strange.

Although Stephen Strange at the moment might be meaningless to Marvel fans who rely on the film series, comic fans will recognise the Master of the Mystic Arts as another key Avenger and member of the Marvel Cinematic Universe – and one can almost guarantee that he will become more entwined after his solo movie in November.

With a teaser trailer due very shortly, possibly even tomorrow morning for those of us in the UK, director Scott Derrickson has already begun teasing and linking associated imagery, most notably the first film poster which shows the titular hero, played by the Sherlock star, standing in-front of the iconic patterned window, which draws homage on the architecture from Strange’s home, the Sanctum Sanctorum.

Although the poster reveals little else, it still looks pretty awesome for initial artwork. Stephen Strange is a unique and complex character in the MCU and certainly one that Cumberbatch will need to win the fans over in. Although it could be an inspired casting choice, it is difficult to glean too much from the poster – although this does hint towards a darker and more mysterious film, which is reassuring, since Strange’s powers come from supernatural and demonic forces.

Until the teaser trailer tomorrow, we can say little else about the poster, or indeed about how Cumberbatch might perform in this potentially crucial MCU role. The most important focus to look out for is surely his on-screen chemistry and relationship with faithful valet Wong (Benedict Wong) and mentor The Ancient One (Tilda Swinton).

Doctor Strange is set to hit UK cinemas on 28th October, with the first teaser trailer arriving tomorrow. Take a look at the new poster below. 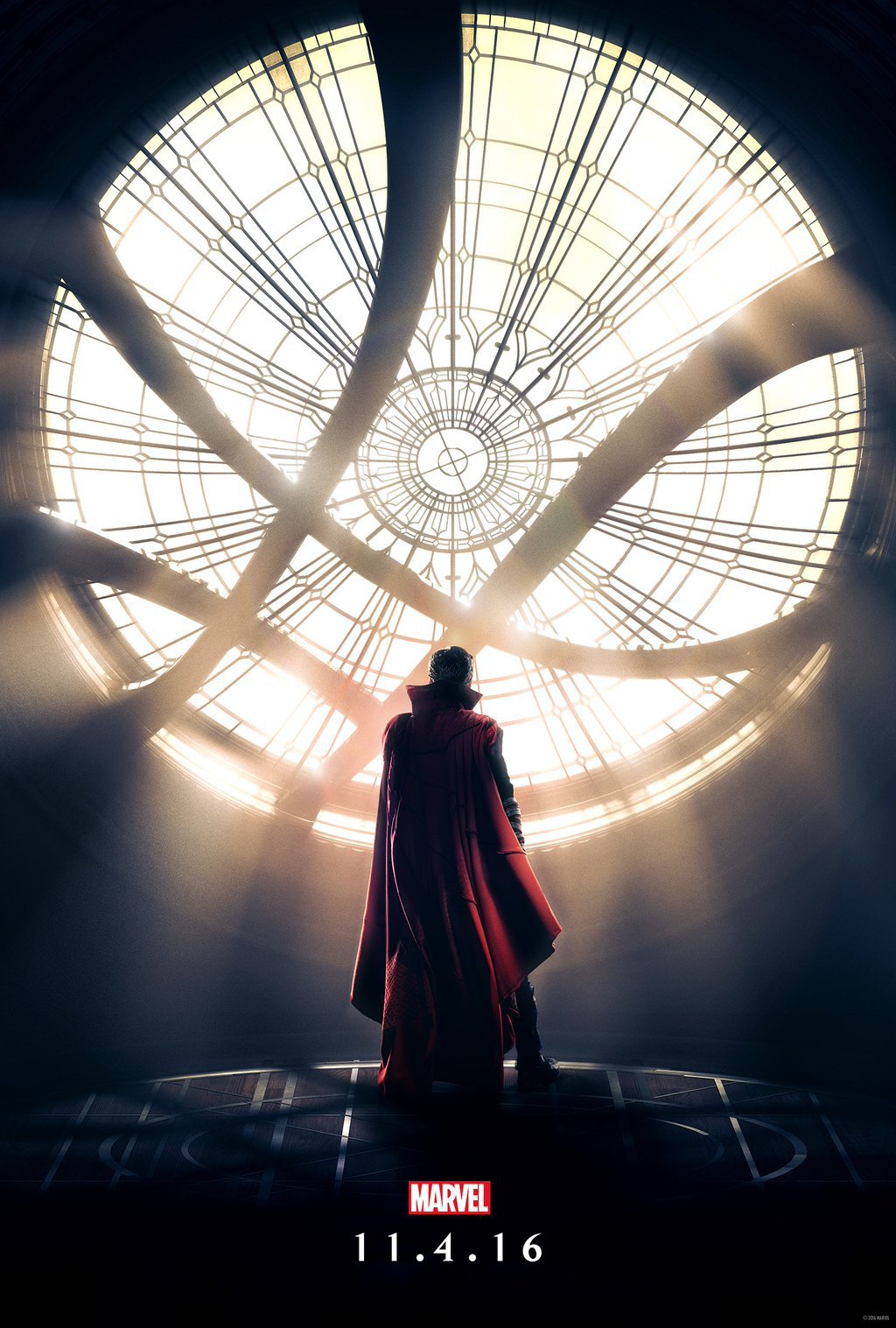