Read more
You are at:Home»News»Game of Thrones’ Pedro Pascal cast in Kingsman 2
By George Seabrook on April 10, 2016 News

Not content with teasing twitter audiences to death by sharing this teaser poster, casting news regarding Kingsman: The Golden Circle emerged on Friday via Deadline that was guaranteed to excite fans of both Game of Thrones and the equally violent Matthew Vaughn spy caper. 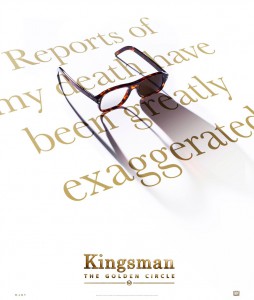 That news is that Pedro Pascal, one of the show’s biggest scene-stealers (despite only appearing in seven episodes of the fourth season), will be playing an American spy by the name of Jack Daniels. Reported to be one of the best agents in The Statesmen (the U.S. equivalent of the film’s eponymous British organisation), and a swaggering cowboy of a character, Pascal seems like a perfect fit for the role.

As Oberyn Martell in Thrones, he was sexy, dramatic, cocky, and full of a Latin passion that equipped the character well. It’s also really playful casting that the “All-American” spy/cowboy role isn’t going to a White American hunk.

In addition to the returning Taron Egerton and Mark Strong, the Matthew Vaughn scripted (with writing partner Jane Goldman) and directed film will also introduce Julianne Moore as new villain Poppy, and Halle Berry’s Ginger, the head of the Statesmen.

Kingsman: The Golden Circle is currently slated to be released in US cinemas on 16th June 2017. Watch the trailer for the first film below.