Read more
You are at:Home»News»This Month on Netflix: April 2016
By Anneka Honeyball on April 1, 2016 News

In our ongoing monthly feature, The Edge takes a look at ten of the best new releases coming to Netflix UK in April. Among this month’s releases are a number of great Netflix originals, as well as some cinematic classics and a whole bunch of animated treasures. 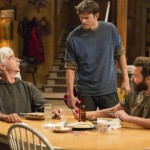 Netflix’s latest original series, The Ranch, sees two former cast-mates from That 70’s Show reuniting in a new comedy venture. Ashton Kutcher and Danny Masterson star as two brothers attempting to run their family’s dwindling ranch business. Also starring Sam Elliott, Debra Winger and Elisha Cuthbert, the first ten episodes of the series will premiere on the streaming service at the beginning of this month, with a further ten episodes arriving later in the year. 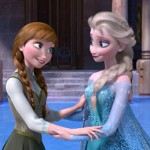 The Disney film that just keeps getting bigger and bigger is finally coming to Netflix. Featuring the vocal talents of Kristen Bell and Idina Menzel, the 2013 animation follows the story of the soon-to-be Queen of Arendelle, Elsa, who desperately tries to keep her magical icy powers under wraps before her coronation. However, when a mishap leads to her powers being discovered, she decides to “let it go” – plunging the Kingdom into a never-ending winter in the process. If, for some miraculous reason, you haven’t seen the film already, now’s your chance. 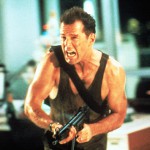 John McTiernan’s classic 1988 action movie, Die Hard, is heading to Netflix. Starring Bruce Willis and the late, great Alan Rickman, the film follows wise-cracking NYPD officer John McClane as he becomes embroiled in an elaborate terrorist plot at his estranged wife’s work party in New York. Widely considered as one of the best action movies ever made, Die Hard is a great film with terrific performances, explosive set pieces and some truly iconic and ultra-memorable lines. Yippee-ki-yay!

How To Train Your Dragon – 1st April 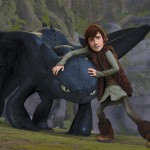 With all the young ‘uns out of school for Easter, Netflix is bringing (almost) the entire Dreamworks back-catalogue to their service. In addition to such animated classics as Shrek, Madagascar, Kung Fu Panda, Megamind and Shark Tale, the studio’s warm-hearted tale, How To Train Your Dragon, is also coming to the streaming site. Featuring the vocal talents of Jay Baruchel, Gerard Butler, America Ferrera and Jonah Hill, the film follows the adventures of Hiccup – a reluctant Viking heir who attempts to bridge the war between his kin and the dragons that occupy the skies. 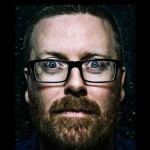 As part of their continuing efforts to increase the amount of UK comedy content on their site, Netflix are launching yet another exclusive stand-up special, this time courtesy of the notoriously controversial comedian, Frankie Boyle. In his new show entitled, Hurt Like You’ve Never Been Loved, the blunt-talking Scot continues to discuss life, love and politics in his own crassly specific style. Needless to say, if you liked him on Mock The Week, you’ll probably love this. 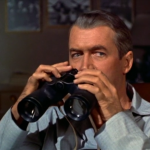 Two of Alfred Hitchcock’s most acclaimed films – Vertigo and Rear Window – are headed to Netflix this month. The latter stars James Stewart as a photographer who is confined to a wheelchair in his Greenwich Village apartment after breaking his leg. To relieve his boredom, he spies on his neighbours with a set of binoculars, but is soon shocked when he witnesses a shocking murder in the building across the street. Also starring Grace Kelly and Wendell Corey, Rear Window is a true Hollywood classic that all film-fans should see. 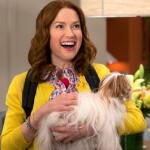 After capturing our hearts with her sweet naivety and the undeniable catchiness of the show’s theme tune, the Unbreakable Kimmy Schmidt is back for another season. In the second instalment of the Tina Fey/Robert Carlock comedy series, the relentlessly upbeat Kimmy (Ellie Kemper) continues to adapt to modern life in New York City after spending years trapped in an underground bunker. Also starring Tituss Burgess, Carol Kane and Jane Krakowski, Unbreakable Kimmy Schmidt is a fun and breezy watch. 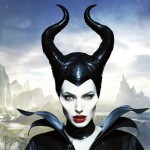 Disney’s 2014 live action fantasy, Maleficent, is coming to Netflix later this month. Starring Angelina Jolie as the so-called “mistress of all evil”, the film attempts to build upon the well known tale of Sleeping Beauty, adding emphasis to the troubled background of it’s iconic villainness. Also starring Elle Fanning, Sharlto Copley, Sam Riley, Imelda Staunton, Juno Temple and Lesley Manville, Maleficent is a lush, nostalgic epic that adds a whole new spin on one of the most iconic characters in Disney’s cinematic folklore. 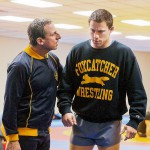 Just over a year since Bennett Miller’s Oscar-nominated drama Foxcatcher hit UK cinemas, Netflix is taking us back behind the ring for another, more informed look at the wrestling tragedy between the Schultz brothers and their millionaire backer John Du Pont. The documentary, entitled Team Foxcatcher, uses home video footage and first-hand interviews to capture the increasingly toxic relationship between the three figures. Needless to say, if you liked the film, this may be of interest. 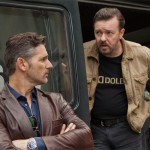 Written and directed by Ricky Gervais, Netflix’s latest original comedy feature, entitled Special Correspondents, follows a struggling New York-based radio journalist whose arrogance and decadent lifestyle has hindered his career. With his job on the line, he fakes front line war reports from the comfort of his hideout above a Spanish restaurant in Queens. Based upon the French comedy, Envoyés très spéciaux, the film also stars Eric Bana, Vera Farmiga, Kelly MacDonald, America Ferrera, Benjamin Bratt and Kevin Pollak.