The BBC’s historical drama Wolf Hall has come out on top in the nominations for this year’s 2016 BAFTA television awards.

Based on the novel by Hilary Mantel, Wolf Hall has received a nod for Best Drama series, as well as nominations in three acting categories; celebrating the performances of Claire Foy, Anton Lesser and recent Oscar-winner, Mark Rylance. The series will face competition in the Best Drama category from the likes of Humans, The Last Panthers and No Offence. 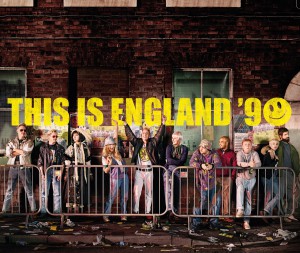 Peter Kay’s Car Share and This Is England ’90 follow with three nominations each, including a Leading Actor nod for Stephen Graham and Best Male Performance in a Comedy for Kay. Shane Meadows’ rural drama series has also been nominated for Best Mini-Series, alongside Doctor Foster, The Enfield Haunting and London Spy.

Rounding up the Leading Actor nominations, Ben Whishaw and Idris Elba have been recognised for their respective roles in London Spy and Luther. Meanwhile, BAFTA favourite Sheridan Smith (The C Word) faces competition for Leading Actress from the likes of Suranne Jones (Doctor Foster) and Ruth Madeley (Don’t Take My Baby).

Interestingly, this year all of the nominees for Supporting Actress are first-time television nominees, with the likes of Chanel Cresswell (This is England ’90), Eleanor Worthington (The Enfield Haunting), Lesley Manville (River) and Michelle Gomez (Doctor Who) all competing for the statuette. Meanwhile, Sir Ian McKellen has been nominated for Best Supporting Actor for his role in The Dresser, facing competition from Unforgotten‘s Tom Courtenay and Cucumber‘s Cyril Nri.

While the majority of awards will be decided by British Academy members, The Radio Times Audience Award is voted entirely by the public. The nominees in this category include The Great British Bake Off, Doctor Foster, Making a Murderer, Poldark, Humans and Peter Kay’s Car Share. You can vote for your favourite here, until 4pm on Thursday 5th May.

The 62nd annual BAFTA television awards will be held at London’s Royal Festival Hall on Sunday 8th May. Hosted by Graham Norton,  the ceremony will also air on BBC One and BBC One HD.