Read more
You are at:Home»News»Blissfields announces 50 new additions to 2016 line-up
By Laura Cox on March 30, 2016 News

The organisers of  Blissfields have today announced the names of 50 artists who will be performing at this year’s festival.

Birmingham based Swim Deep are confirmed to be performing, along with Norman Jay (MBE), London producer duo HONNE, Melt Yourself Down, and Drones Club. Swim Deep released their second album in 2015 and have recently toured with Wolf Alice. DJ Norman Jay is set to bring a party vibe to the festival, as he is known for his ‘Good Times’ sets at Notting Hill Carnival.

As previously reported, Dizzee Rascal and Everything Everything are set to headline this year’s event, which takes place at Vicarage Farm in Hampshire.

Tickets for the festival, which takes place between 1st-2nd of July, are still available, but selling fast. Visit the website for more information.

The full line-up announcement can be viewed in the poster below: 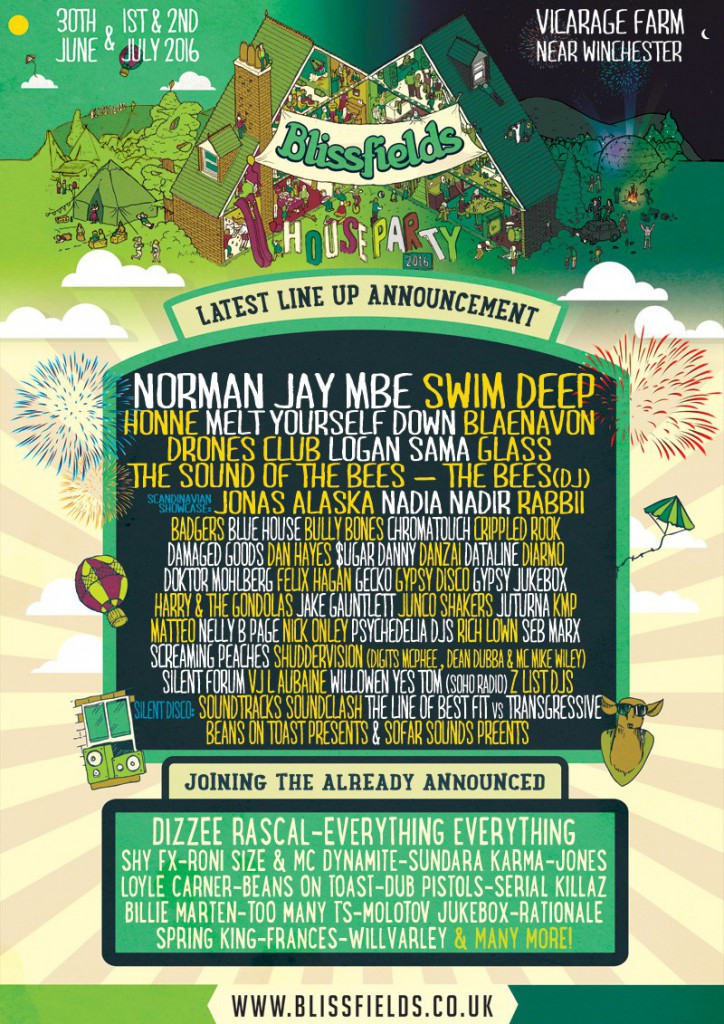