Daisy Ridley is apparently being eyed up to play the Tomb Raider herself, Lara Croft.

There could well be some good video game adaptations in the next few years if we’re very lucky. Duncan Jones has long been hyping up the (already finished) Warcraft, and in arguably the most interesting director/material pairings of recent history, Justin Kurzel (of 2015’s Macbeth) is directing December’s Assassin’s Creed adaptation. And now, Warner Bros. is beginning the search for who to take on the iconic role of Lara Croft in their upcoming Tomb Raider reboot. 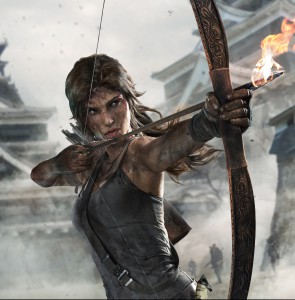 The upcoming reboot will apparently take on an aesthetic closer to recent Tomb Raider games. (Image via Google)

Deadline’s reporting that one of the women they’ve spoken to in their search has been Daisy Ridley, who is now one of the biggest stars in the world thanks to not only the worldwide success of Star Wars: The Force Awakens, but also her excellent, star-making turn as hero Rey.

At this stage, Ridley is one in a very wide array of options for the studio, as this could well be another star-maker of a role. But if I’m honest, this has caught me off guard. At the moment, all that this reboot has going for it is the impeccable name of its director -Roar Uthuag -who is hot off the middling critical success of his Norwegian disaster film The Wave, which played at the London Film Festival last year. And Ridley just seems way too cool and interesting to go from the blockbuster set of Episode VIII, directed by the very interesting Rian Johnson, into what could be a soulless cash-grab of a movie.

On the other hand, Uthuag’s been making some positive sounds about the film, referencing the most recent games as inspiration. And if Ridley did take the role, it would be a cool way to double-hit back at her critics shaming her for being a quite slender woman, in an Instagram post yesterday. Either way, I’m excited to see whatever Ridley does next.

Watch the trailer for the first Tomb Raider adaptation, starring Angelina Jolie, below.