J.K. Rowling has initiated a new episodic series, regaling the History of Magic in North America. 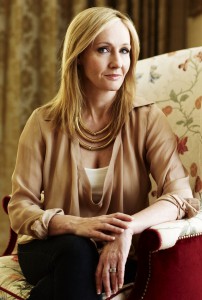 Rowling has also scripted a new play, entitled Harry Potter and The Cursed Child, which will launch later this year.

The Harry Potter author took to her website, Pottermore, to reveal that four new pieces of writing will launch online throughout the week. With each post, Rowling will expand upon America’s place in the Wizarding World, ahead of her next film – Fantastic Beasts And Where To Find Them – which is set in 1970’s New York.

In the first instalments of this episodic walk through American magical history, Rowling has taken us through the fourteenth-seventeenth centuries; explaining how wizards inhabited the continent long before Muggles (or “No-Majs”) discovered the ‘New World’. The text also discusses the ancient magical talents of Native Americans and how their organic powers of sorcery differed from European wizards who used wands.

The author also recently revealed that Hogwarts’ US counterpart is called Ilvermorny. The next instalments in the series will be revealed on Pottermore from 2pm each day this week until Friday 11th March.

Fantastic Beasts And Where To Find Them, starring Eddie Redmayne and Katherine Waterston, is set to hit UK cinemas on 18th November. Watch the trailer below.