In our ongoing monthly feature, The Edge takes a look at ten of the best new releases coming to Netflix UK in March. Among this month’s releases are several incredible Netflix original series that will have you binge-watching your Easter holidays away, as well as some excellent new films. 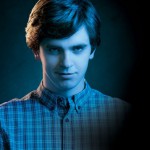 The third season of A&E’s acclaimed drama series, Bates Motel, is coming to Netflix early this month. Starring Freddie Highmore and Vera Farmiga, the series follows Psycho killer Norman Bates and his mother Norma, prior to the events most memorably depicted in Alfred Hitchcock’s 1960 classic. In the third season, we start to see traces of the iconic movie villain in this characterisation of Norman, as he gradually begins to lose his grip on reality. Also starring Olivia Cooke, Max Thieriot and Caleb Calhoun, Bates Motel is just one of the series you should look out for on Netflix this month. 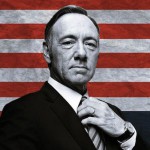 Kevin Spacey’s Machiavellian politician Frank Underwood is up to his old tricks once again in the fourth season of Netflix mega hit, House of Cards. Picking up where the last season left off, President Underwood is seeking another term in office, and as usual, he’s not afraid to get his hands dirty to achieve it. After his tense separation with wife/co-conspirator, Claire (Robin Wright) at the end of season three, it’ll certainly be interesting to see what the Underwoods do next. Also starring Neve Campbell, Joel Kinnaman and Michael Kelly, this is one Netflix Original you simply have to keep up with. 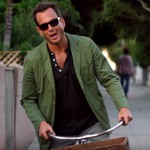 Netflix favourite Will Arnett co-writes and stars in new original comedy series, Flaked. Set in Venice, California, Arnett stars as a self-appointed guru who struggles to keep up with his public persona, when he gets caught in a love triangle between his best friend (David Sullivan) and the girl they’re both vying for (Ruth Kearney). Executive produced by Arrested Development creator Mitch Hurwitz, Flaked will consist of eight 30 minute episodes. Needless to say, if you liked Arnett’s work on AD and BoJack Horseman, this new series will probably be right up your alley. 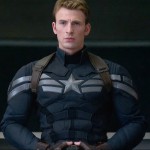 In anticipation of Civil War next month, Netflix have acquired Captain America’s second solo outing, The Winter Soldier. Starring Chris Evans as the star-spangled avenger, the film follows Cap as he uncovers a major conspiracy from within S.H.I.E.L.D itself. In addition to kicking Hydra ass, Cap must also face the horrifying new guise of his best friend, Bucky Barnes (Sebastian Stan), who has been mercilessly crafted into a mindless assassin. Also starring Scarlett Johansson, Anthony Mackie, Robert Redford and Samuel L. Jackson, this is considered one of Marvel’s best films so far. 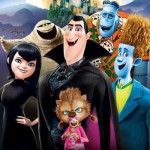 Sony Pictures’ animated monster-comedy, Hotel Transylvania, is heading to Netflix. Featuring the vocal talents of Adam Sandler, Andy Samberg and Selena Gomez, the film follows Count Dracula as he simultaneously tries to run a monstrous hotel and serve as the over-protective guardian of his rebellious daughter, Mavis. When a human stumbles into the hotel and catches Mavis’ attention, Drac desperately tries to get rid of him. Also featuring the voices of Kevin James, Cee Lo Green and Steve Buscemi, Hotel Transylvania is a fun family watch. 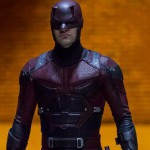 It’s the one we’ve all been waiting for; Daredevil: Season 2 will finally launch on Netflix this month. Despite Matt Murdock’s tireless efforts, Hell’s Kitchen is still nowhere near safe. With the return of the Yakuza, as well as the arrival of Matt’s old flame Elektra and a merciless assassin known as The Punisher, Daredevil must fight even harder to bring justice to the city. Starring Charlie Cox, Deborah Ann Woll, Elden Henson, Rosario Dawson, Jon Bernthal and Elodie Yung, this is one series you’ll definitely be binge-watching. 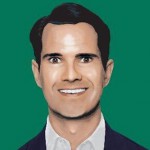 After scrapping his annual Christmas DVD last year, Jimmy Carr is finally making the transition to Netflix, with his new original stand-up comedy special, Funny Business. As the first British stand-up to take on the streaming service, you can expect all the usual foul-mouthed, controversial one-liners that Carr has build his oeuvre on for the past 15 years. Couple that with his unique brand of visual cartoon gags, razor-sharp heckler reactions and that laugh, and you’ve got what is sure to be a barrel full of laughs. 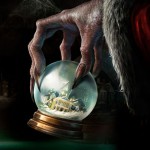 Netflix has managed to nab Michael Dougherty’s dark fantasy horror-comedy, Krampus, an entire month ahead of it’s DVD release. Starring Adam Scott, Toni Collette and David Koechner, the film regales what happens to a suburban family when a young boy loses his Christmas spirit. Visited by Krampus, the demon of German folk legend, the family are terrorised into regaining their festive spirit once more. Described by our reviewer as a film somewhere between Evil Dead 2 and Gremlins, Krampus is monstrously good fun. 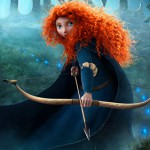 The latest Disney flick to hit Netflix is Pixar’s first foray into the fairytale genre; Brave. Set in Medieval Scotland, the film follows the headstrong Princess Merida (Kelly MacDonald), as she battles against her Mother’s expectations to marry the son of a clan chieftain. After dabbling with mysterious magical forces, Merida is confronted with the consequences of changing her fate. Also featuring the vocal talents of Emma Thompson, Billy Connolly and Julie Walters, Brave isn’t Pixar’s best, but it’s a perfectly affable watch. 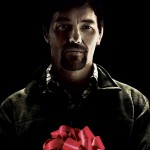 Joel Edgerton’s directorial debut, The Gift is coming to Netflix at the end of the month. A highly intricate and complex psychological thriller, the film stars Jason Bateman and Rebecca Hall as a happy suburban couple who find themselves at the centre of a twisted revenge plot, masterminded by a figure from their past (played by Edgerton). Described by our reviewer as “a complex film about victims and villains,” The Gift is the perfect film to round off an exceptional month of new Netflix releases.