Craig David and Rob Da Bank have pledged their support to Mac Fest – a festival which has been proposed by the family and friends of a Southampton man who sadly passed away last week.

Macauley Campbell, who was widely known by his nickname Mac, died on Saturday 20th February, after he was tragically involved in a late night car crash, involving two vehicles. He was 20 years old. 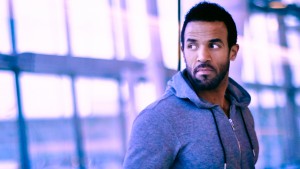 Southampton-born artist Craig David has pledged his support to the family. (Image via Google)

In Mac’s memory, his friends and family are said to be planning a music festival in his honour and after raising more than £14,000 through crowdfunding, they have already received pledges of support from several big names.

Craig David, who was one of Mac’s favourite artists, took to twitter to send his condolences, saying: “This is tragic. My heart goes out to Macauley’s family. I sincerely hope I can be part of any tribute his family and friends put together.”

Meanwhile, Rob Da Bank – the festival curator behind Bestival and Common People – also took to twitter to pledge his support, adding: “Hey all MacFest people.. devastated to hear about Mac Campbell and will help however I can and celebrate his life.”

BBC Radio 1 DJ Scott Mills also commented on the outpouring of support, tweeting: “Such support and love from everyone in Southampton and beyond for Macfest 2016 such a great thing to do in memory of Mac. Would love to help.”

You can donate to the Campbell family’s crowdfunding page here.