Although Oasis made a huge hit with ‘Wonderwall’ in 1995, it’s not easy to forget another one of their other signature songs, ‘Don’t Look Back In Anger’ which was released 20 years ago today on 19th February 1996. 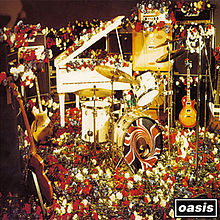 The track acted as the fifth single from the band’s acclaimed second album, (What’s the Story) Morning Glory?

The tremendous vocals of the Gallagher brothers (what makes this such a great single to remember, is that it is the first one to feature Noel on leading vocals) are what made the band another perfect addition to the indie circuit. From that memorable piano intro with its impactful, yet not so harsh sound to the ears to the beautifully drawn out lyrics of the chorus and the steady, yet captivating beat of the music, it’s easy to see how the song became a classic.

The twangy instrumentals between the middle and end verses are just too good to not start playing air guitar style and the entire tone of the song, though somewhat melancholy, remains catchy enough to neither create dissonance between the tune and the lyrics, nor create a wholly despairing, uninteresting piece of music.

The track, which features on the band’s acclaimed sophomore album, (What’s The Story) Morning Glory?, hit the number one spot in the UK charts upon release. It remains to be Oasis’ third best-selling single, having sold 900,000 copies to date.

It may feel weird that this single was released in ’96 and part of the sound of the ‘90s, but it still remains an indie classic even 20 years later. Remind yourself of the song in the video below.