The Edge is pleased to announce the arrival of the first annual University of Southampton Student Film Festival, created in association with our friends at Wessex Films.

On Tuesday 15th March, we will be hosting a glorious event, screening a series of films that have been made and submitted by students of the university. We will also be handing out prizes (ranging from DVD bundles to actual money) for the very best films, which will be determined by a panel of judges. There will also be a special audience award, voted for by the viewers in attendance.

“It’s awesome to be able to give film-makers at the University a platform to show off and earn credit for their work, and for SUSU’s creative industries to work together to put it on. So many student films are great, but they end up hidden online – to be able to put them in front of a live audience is a dream come true!”

“It’s really exciting to see something that was originally just a little idea, turn into an actual event and we can’t wait to start an annual tradition of showing off the film-making talent at the University of Southampton.”

Budding film-makers will have the opportunity to submit their films for the festival from now until Tuesday 8th March. For more information on film submission rules and details, follow this link.

The festival will take place at Lecture Theatre B on Avenue Campus. Doors will open at 6.45pm, with the event expected to begin promptly at 7pm. To help gauge numbers, please register for your free ticket here.

For all the latest information, and details on who else is going, you can also join our facebook event, here. 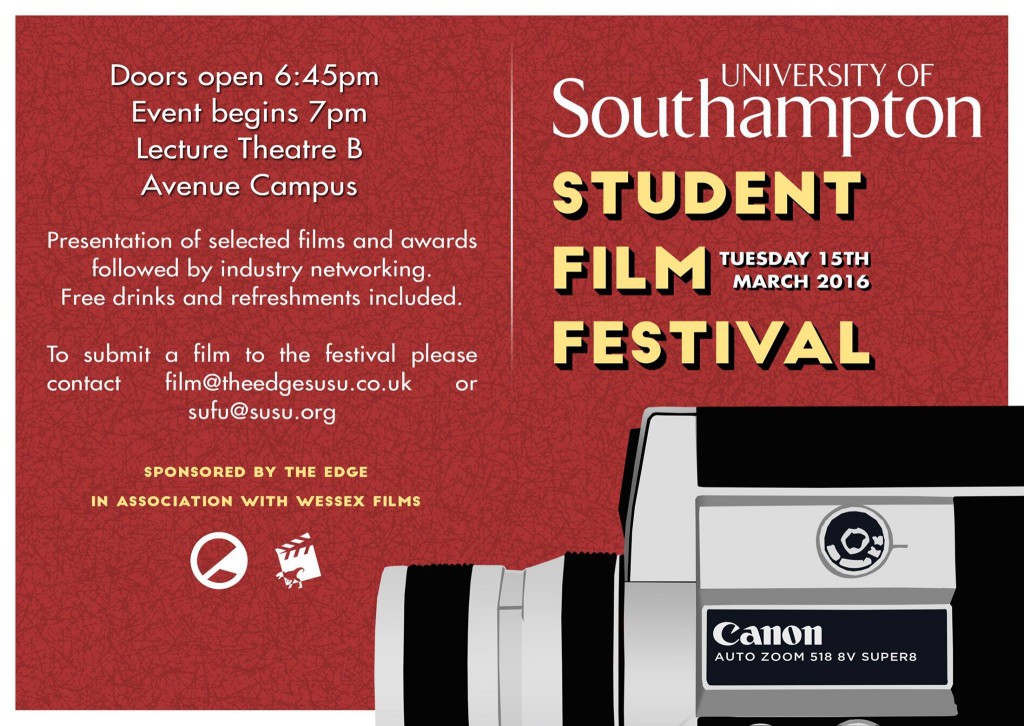