In our ongoing monthly feature, The Edge takes a look at ten of the best new releases coming to Netflix UK in February. Among this month’s releases are a number of nostalgic throwbacks, as well as some exciting original debuts. 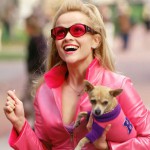 We love Netflix, but if there’s one area of improvement they desperately need to work on, it’s the addition of more original greats. For too long, the streaming service has been full of sequels that are missing their (better) predecessors – but now we’ve been given a glimmer of hope as the first Legally Blonde is joining it’s follow-up on the service. Starring Reese Witherspoon, the 2001 comedy follows a seemingly ditzy sorority girl who attempts to win back her boyfriend by earning a law degree… “What, like it’s hard?” 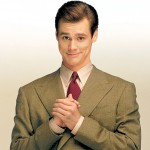 Tom Shadyac’s 1997 comedy Liar Liar is coming to Netflix at the beginning of the month – honestly. Starring Jim Carrey, the film follows a highly ambitious lawyer named Fletcher Reede, who fails to keep his promises to son Max. But when Max makes a birthday wish for his Dad to stop lying, Fletcher is put in the increasingly awkward (but comical) situation of having to tell the truth at all times. A hilarious lesson in the art of pulling silly faces, Liar Liar is both fun and oddly heartwarming at the same time. 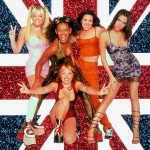 It’s (arguably) the film that defined our generation, and now, almost 20 years later, we can spice up our lives once again. Yep, that’s right. Spice World: The Movie is coming to Netflix this month. The Spice Girls – Geri, Victoria, Mel B, Mel C and Emma – star in this farcical take of their lives as the female pop phenomena of the nineties. Featuring far too many cameos to mention, Spice World is abundantly naff, but for all it’s weird sub-plots and set pieces, we still think it’s great. Girl power! 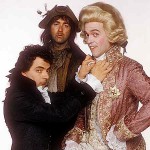 The third series of Blackadder is coming to Netflix this month. Written by Richard Curtis and Ben Elton, the historical comedy series follows the conniving Edmund Blackadder (Rowan Atkinson) as he snidely attempts to better his position throughout history. In Blackadder the Third, which is set during the British regency, Blackadder serves as butler to the bumbling Prince Regent, George (Hugh Laurie). Also starring Tony Robinson as the affable Baldrick, Blackadder is a classic that never gets old. 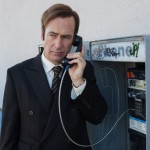 The highly anticipated second season of Breaking Bad‘s spin-off series, Better Call Saul, is set to arrive on the streaming service this month. With new episodes appearing every week from 16th February, the series will continue to follow Jimmy McGill’s rise from small time scams to big time lawsuits. But after the career-defining turning point in the season one finale, could he finally go on the straight and narrow? Starring Bob Odenkirk and Mike Ehrmantrau, the second season of Better Call Saul is sure to please. 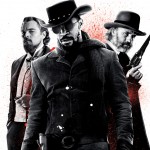 “The D is silent, hillbilly.” Netflix are expanding their Tarantino catalogue once again with the addition of his Oscar-winning 2012 western, Django Unchained. Starring Jamie Foxx as the titular slave-turned-bounty hunter, the film follows a story of revenge and redemption, as Django joins Dr. King Schultz (Christoph Waltz) on a blood-splattered killing spree to rescue his enslaved wife from a cruel slaveowner (Leonardo Di Caprio). Also starring Samuel L. Jackson and Kerry Washington, Django Unchained is bloody good fun that will provide welcome relief from all of this month’s loved-up nonsense. 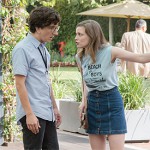 Created and executive produced by Judd Apatow, Love is the latest original comedy series to arrive exclusively on Netflix. Told over ten episodes, the series provides a “down to earth look at dating,” exploring the opposing male and female perspectives on the romantic relationship between two characters (played by Gillian Jacobs and Paul Rust). Following the successes of Master of None and Unbreakable Kimmy Schmidt, this latest original series holds promise. 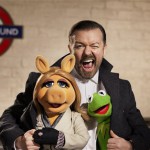 Jim Henson’s colourful band of Muppets star alongside the irrepressible Ricky Gervais in their own musical comedy caper, Muppets Most Wanted. Gervais stars as Dominic Badguy, the Muppets’ dubious new tour manager, who plots a daring heist to steal the crown jewels with Constantine – a convict frog who looks almost exactly like Kermit. Featuring cameos from Tina Fey, Lady Gaga, Tom Hiddleston, Christoph Waltz, and many more, Muppets Most Wanted is a whole lot of fun for all the family. 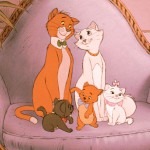 The latest Disney classic to be added to the streaming service is The Aristocats. This beautiful, pastel-coloured animation follows a family of pampered cats who are kidnapped by their mistress’s greedy butler after they are named the sole beneficiaries in her will. Aided by a charming alley cat, Duchess and her kittens must find their way home through the crazy streets of Paris. Netflix will also be adding Enchanted, starring Amy Adams, to their ever-expanding Disney collection this month too. 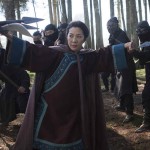 The long-awaited sequel to Ang Lee’s award-winning 2000 martial arts film will premier on Netflix towards the end of the month. Crouching Tiger, Hidden Dragon: Sword of Destiny sees Michelle Yeoh reprise her role as Yu-Shu-Lien, a martial arts master who seeks to protect an ancient sword with the power to change the world from falling into the hands of an evil warlord. Directed by Yuen Wo-Ping, (the action choreographer behind The Matrix and the original film), Crouching Tiger, Hidden Dragon: Sword of Destiny is sure to exhilarate.