Read more
You are at:Home»News»Global News»Game of Thrones’ Kit Harington to appear as Doctor Faustus in the West End
By Anneka Honeyball on January 26, 2016 Global News, News

Game of Thrones actor Kit Harington is set to star in a new West End production of Doctor Faustus in the Spring, it has been announced. 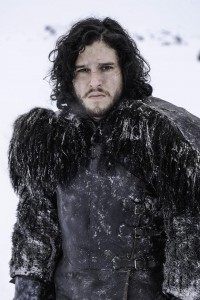 The actor is best known for playing Jon Snow in Game of Thrones. (Image via HBO)

The actor, who is perhaps best known for portraying the role of Jon Snow in HBO’s fantasy drama series, will play the lead in Christopher Marlowe’s famous 16th century tragedy.

Speaking of his involvement in the play, Harington said: “The subject matter is very enticing. It’s very dark and funny.” The play follows the story of a man who sells his soul to the devil in return for magical powers.

In two new acts, written by Irish playwright Colin Teevan, the production will explore how Faustus earns his world-famous reputation in a society obsessed by celebrity. “I see him as a magician in the vein of David Copperfield or David Blaine,” Harington said.

“The show is going to have a big fantastical element,” he continued. “It’s wild and atmospheric. It’s got some David Lynch influence behind it. There will be things that delight an audience while they watch this man being dragged to hell.”

Faustus will be Harington’s first stage role since he appeared in the original production of Laura Wade’s Posh at the Royal Court in 2010. Speaking of his return to the West End stage, Harington said: “I desperately wanted to do theatre in London. I’ve been doing a lot of screen work for a long time – so this was right time, right place, right people.”

Directed by Jamie Lloyd, Doctor Faustus will open at The Duke of York’s Royal Theatre in April.