Read more
You are at:Home»News»Global News»Steven Moffat steps down from position as Doctor Who showrunner
By Anneka Honeyball on January 23, 2016 Global News, News

Steven Moffat has announced that he will be stepping down from his long-held position as showrunner on Doctor Who.

The Sherlock co-creator has been writing for the show since it’s initial reboot in 2005. He later took on the role of showrunner, replacing Russell T Davies in 2010. Since then, his inventive “timey-wimey” approach to the series has received a mixed reception from critics and whovians alike. He is set to be replaced by Broadchurch creator, Chris Chibnall in 2017. 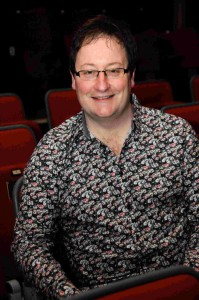 Broadchurch creator, Chris Chibnall is set to replace Moffat as showrunner in 2017. (Image via Google)

Speaking of his decision to leave the show, Moffat said: “[It] feels odd to be talking about leaving when I’m just starting work on the scripts for season 10, but the fact is my timey-wimey is running out. While Chris is doing his last run of Broadchurch, I’ll be finishing up on the best job in the universe and keeping the TARDIS warm for him. It took a lot of gin and tonic to talk him into this, but I am beyond delighted that one of the true stars of British Television drama will be taking the Time Lord even further into the future.”

Discussing his upcoming position, Chibnall added: “Doctor Who is the ultimate BBC programme: bold, unique, vastly entertaining, and adored all around the world.  So it’s a privilege and a joy to be the next curator of this funny, scary and emotional family drama. I’ve loved Doctor Who since I was four years old, and I’m relishing the thought of working with the exceptional team at BBC Wales to create new characters, creatures and worlds for the Doctor to explore.”

Moffat will continue to run the show until 2017, helming this year’s Christmas special, as well as the show’s tenth series, which is set to air in Spring 2017.

BBC sources have also confirmed that Peter Capaldi’s new companion will be introduced in the tenth series.