Read more
You are at:Home»News»Global News»Robot Wars is set to return to BBC Two in 2016
By Robert Pratley on January 13, 2016 Global News, News

A true classic, the original series saw Craig Charles and Jonathan Pearce presiding over a metal coliseum in which tech-savvy teams with custom-built machines of battle fought one another on a floor laced with pit-traps and flamethrowers – not to mention the almighty House Robots that just freely wrecked whoever they wanted to purely because they could. 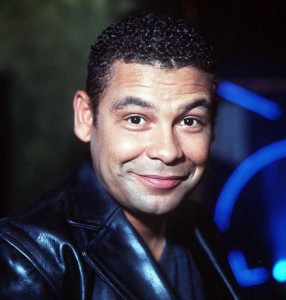 Its currently unclear whether original presenter Craig Charles will return for the new series.

Now, twelve years after the final series, which aired in 2004, the BBC have announced that this beloved cult franchise will be reborn, with the filming of six hour-long episodes in a “purpose-built arena in Glasgow” that is “literally bullet-proof.”

The return of such a classic show will likely ease the recent pressure on the BBC, who have been criticised for changing popular long-running programmes by making decisions such as the sacking of Top Gear presenter Jeremy Clarkson, who is soon set to be replaced by TFI Friday’s Chris Evans.

Speaking to Broadcast, the BBC’s acting controller of entertainment commented that the idea of “redeveloped Robot Wars proved compelling – offering a mix of real people, real passion and raw power.” In addition, Chris Brogden, of Tinopolis, the production company behind the revival was eager to promote the series which he promises to be “quite the competition.” He also teased “new and improved robots,” adding they would have “extraordinary innovation and power in these updated machines.”

Although this is exciting, one question still remains- will iconic presenting duo Craig Charles and Jonathan Pearce return? Charles has yet to give his word on whether he will return for this reboot, but if he does, it could potentially be one of the best series in 2016.

Robot Wars will return to BBC Two at some point later this year. Watch some of the best battles below.