Read more
You are at:Home»News»Global News»First headliners for Blissfields 2016 are announced
By Laura Cox on January 11, 2016 Global News, News

Blissfields has announced the first wave of acts for their 2016 festival.

This year’s event, which takes place in Vicarage Farm near Winchester from 30th June – 2nd July, will be headlined by Mercury Award-winning grime crossover artist Dizzee Rascal. He will be joined by English indie rock band Everything Everything, who will be headlining the Manor Stage.

Dizzee Rascal, has had several number one hits including ‘Bonkers’, ‘Dance Wiv Me’, ‘Holiday’ and ‘Dirtee Disco.’ His fifth studio album, The Fifth, was released in 2013 and peaked in the Top 10 of the UK Album Chart. Meanwhile, Everything Everything will be heading to Blissfields following the release of three studio albums and a UK and European wide tour which kicks off at the end of January. Their 2015 record Get to Heaven debuted at Number 7 in the UK Album Chart. 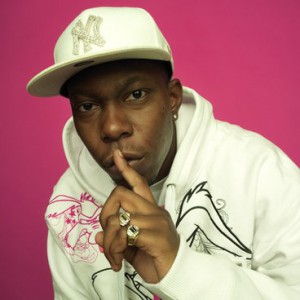 Dizzee Rascal has been announced as one of the main headliners for this year’s festival.

With the first announcement of performers, Blissfields have also confirmed the return of Dub Pistols and Beans on Toast, who are well loved regulars at the Winchester festival.  They’ll be joined by Sundara Karma, Jones, and Mercury Award winning DnB pioneer Roni Size.

Blissfields is well known and loved for its varied themes and this year, everyone is invited to the weekend long Blissfields ‘House Party’, which references famous party-lovers throughout the ages.

Speaking of this year’s theme, the organisers of Blissfields said: “[c]hannelling the spirit of National Lampoons and Dr. Frank N. Furter via the Bratpack, 1990’s and Skins, we’ve smudged the eras into the party at the end of the universe. It’s the end of the world as we know it, but we feel fine. A house party is nothing without the guests – so come and build this utopian cathedral with us.”

2016 will also see the festival’s most impressive art installations to date. The Hidden Hedge always fascinates with its creepy decorations, but this year the art across the site promises to be bigger and better than ever before. Blissfields will be hosting slumber parties, garage raves and retro living room discos all in the middle of a Hampshire field.

Tickets are on sale now. For more information and ticket details, visit the Blissfields website.