Read more
You are at:Home»News»Global News»Notes on News: Why Lionsgate are wrong to expand The Hunger Games franchise
By Robert Pratley on December 9, 2015 Global News, News

As an avid fan of The Hunger Games series, I was shocked to see the President of Lionsgate Michael Burns announce that the franchise would “live on and on” through a series of prequels at the UBS Global Media and Communications Conference in New York. He also pointed out that the first two films contained arenas — where the 74th and 75th versions of the Hunger Games competitions took place and added: “If we went backwards there obviously would be arenas.” 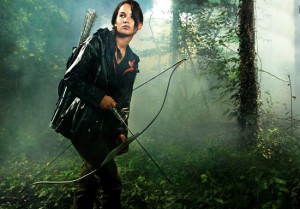 Part of what made the franchise so engaging was the mystery behind the games.

As much as I love The Hunger Games (to the point I did an Extended Project on it for A-Level and have been to four midnight showings, as well as reading the books in eight hours before), I don’t love corporate greed. In a blatant example of this, Burns (possibly channelling his Simpsons namesake) wants to monopolise and wring out a film quadrilogy and book trilogy that quite frankly does not need it.

One of the most endearing elements of the series for me is the fixed nature in time of Katniss’ actions, as it makes one question why on earth nobody beforehand ever considered standing up to the Capitol and the villainous President Snow. Furthermore, the presence of the ‘dark days’ at the very beginning of the series’ timeline creates an aura of mystery and terror, tinged with the vague memory of a war that once happened. This notion of war also comes full circle by the end of the series, albeit with a different and perhaps more positive conclusion. It really doesn’t need any further fleshing out in my view. A token prequel would serve merely to weaken the mystery and would, in all honesty, detract from the actual point of the series as a whole.

Furthermore, one of the successes of Lionsgate’s adaptation of the later Hunger Games novels (not the first, because they managed to get the colour of an iconic character- Buttercup – extraordinarily wrong) is the fact that they did try and stick to Collins’ plot lines and structure quite rigidly, meaning that the films quite faithfully reflected the novels. Unless Collins was to be employed to write the screenplay or at least supervise the script, I don’t think I could truly class it as being part of the Hunger Games series. One of the charms of a dystopian series is wondering how on earth humanity truly got to this desperate point in time and a prequel would make this mystery utterly redundant.

On the topic, I should also point out that sequels or even just a single add-on film would be just as unwelcome in this series. Collins’ final book, Mockingjay, although perhaps at times rushed, does at least provide us with something of a denouement for nearly every character who has any real importance in the series, and in my view it seems unlikely that one could develop a strong plot line for another film from the resolutions made at the end of Mockingjay. The only possible route would be exploring the Hunger Games for Capitol children that was promised at the end of the finale and equally, this would not be useful and would instead effectively lead to a rehash of the first novel, bringing the series into an endless cycle of plot-repetition.

Do we really need to see another arena?

Rather than visualise the brutality of cruelty of this game or indeed any of the previous seventy two unseen ones (remember; we do briefly catch glimpses of the 50th Games in Catching Fire), I think it is better to leave them to the imagination- we have already seen in the films what kind of brutality and cruelty of the Capitol is capable of, through the eyes of a strong female heroine. I don’t think we need any more justification for it, especially not in the form of gimmick movies with flashy special effects and the unnecessary saturation of a franchise that has a core fan-base from what is already present – not what is left out.

In no way, am I criticising The Hunger Games series. I think it is utterly fantastic and contains many important messages (both in the novels and films), ranging from what would you do to protect the ones you love to how do you choose between one form of dictatorship and another. It is also unique in the fact that it is the first dystopian series I remember reading which wasn’t afraid to hurt the characters who are most likeable. Equally, I think Lionsgate did a good job adapting the series into four very good films. What I don’t support is needless sequels. Burns told Variety, “Whatever extensions of ‘The Hunger Games’ brand we pursue, the intent is not to glorify violence by arbitrarily telling arena stories, but to continue Suzanne Collins’s exploration of the concepts of just war theory.” That it may be, but I can’t help but feel that the extra cash that would be raked in from needless sequels and prequels is the main motivation for these plans.