The nominations for next year’s Grammy awards have been announced, with Kendrick Lamar and pop starlet Taylor Swift leading the pack. 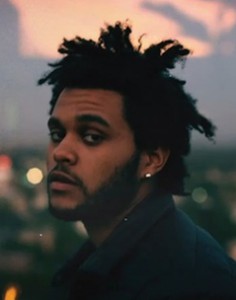 The Weeknd is also one of the strongest contenders for next year’s awards. (Image via Google)

The nominations for the four main categories – Record of the Year, Album of the Year, Song of the Year and Best New Artist – were announced on US television this morning (7th December) by former Grammy winner, Alicia Keys.

Nominations for Record of the Year include ‘Really Love’ by D’Angelo and the Vanguard, ‘Uptown Funk’ by Mark Ronson and Bruno Mars, Ed Sheeran’s ‘Thinking Out Loud,’ Taylor Swift’s ‘Blank Space’ and ‘Can’t Feel My Face’ by The Weeknd.

Swift, The Weeknd, Kendrick Lamar, Chris Stapleton and Alabama Shakes are all competing for the title of Best Album, while the likes of Courtney Barnett, James Bay, Sam Hunt, Tori Kelly and Meghan Trainor vie for Best New Artist.

British talent is also well represented in this year’s nominees, with the likes of Florence + The Machine, Muse, Wolf Alice and Ellie Goulding also achieving notification from one of music’s most prestigious academies.

The 58th annual Grammy Awards will take place on Monday 15th February 2016. The full list of nominees can be found here.