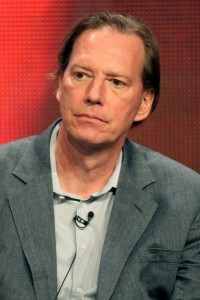 Scott Buck has also written for Dexter and Rome.

After a long hunting for a showrunner, Marvel have hired writer and producer Scott Buck to lead the fourth instalment of the Defenders’ Netflix series.

Buck led the final seasons of Showtime’s Dexter (including the infamous series finale) and previously wrote for HBO’s Six Feet Under and Rome.

Marvel’s head of television, Jeph Loeb said: “Scott came in with a take on Iron Fist that quite simply knocked us off our feet. We always look for the most creative minds in the field to help us bring our heroes to life, and with Scott we’ve found someone that can deliver yet another great series in the ongoing story of The Defenders.”

The official series description is already known and reads as follows:

“Returning to New York City after being missing for years, Daniel Rand fights against the criminal element corrupting New York City with his incredible kung-fu mastery and ability to summon the awesome power of the fiery Iron Fist.”

The series has yet to receive a premiere date, but Marvel’s next Netflix instalment, Luke Cage is set to stream in 2016. Iron Fist is the last of four New York City heroes (the others being Jessica Jones, Luke Cage and Daredevil) who will eventually unite in a Defenders mini-series.

Watch the teaser for the second season of Daredevil, which is expected to air in April 2016, below.