The Dreamgirls: Music from the Motion Picture soundtrack was released nine years ago today on 5th December 2006.

Dreamgirls, directed by Bill Condon, is the film adaptation of a semi-biographical musical which tells the history of Motown and R&B music in the 1960s and 70s. The film follows the iconic girl group, The Dreams – inspired by the real-life story of The Supremes – as they rise to the top through the manipulative and illegal plays from record executives.

Released by Music World Entertainment and Columbia Records in December 2006, the album follows the highs and lows of The Dreams in dramatic musical form. The lead single from the soundtrack was Beyoncé’s ‘Listen’. The powerful ballad was used as a star vehicle to excite audiences about the upcoming film and to encourage sales of the soundtrack. The album debuted at number 20 on the Billboard 200 and went onto to reach the top spot on its fifth week in the charts. 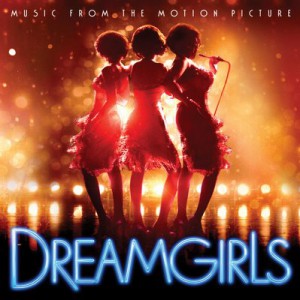 The album cover for motion picture soundtrack (Image via Google)

On release there were two different versions of the album available: A single-disc standard release featuring highlights from the motion picture including ‘Listen’, ‘One Night Only’ and ‘I Am Telling You, I’m Not Going’. Meanwhile, the two-disc deluxe edition featured all the songs from the film as well as bonuses such as dance remixes and a medley of ‘Move’, ‘Fake Your Way To The Top’ and ‘Heavy’.

Harvey Mason Jr and Damon Thomas served as producers and arrangers for the soundtrack which featured the voices of actors in the film including Jamie Foxx, Beyoncé Knowles, Eddie Murphy, Jennifer Hudson, Anika Noni Rose, and Keith Robinson.

Three out of the four songs that were not present in the original stage musical, were also nominated for Best Original Song at the 2007 Academy Awards. The ceremony saw Knowles, Hudson, Noni Rose and Robinson perform a medley of the nominated songs; ‘Listen’, ‘Love You I Do’ and ‘Patience’. However, the three songs eventually lost to ‘I Need To Wake Up’ from An Inconvenient Truth.

Watch Jennifer Hudson in her Academy Award winning role singing ‘And I Am Telling You, I’m Not Going’ in the video below.