The line-up for Common People 2016 has finally been revealed, with homegrown artist, Craig David announced as the festival’s top headliner.

The singer, who grew up in Southampton, will triumphantly return to his roots for a special performance at Southampton Common on Saturday 28th May. Among his setlist, you can expect all his biggest hits (such as ‘7 days’, ‘Walking Away’ and ‘Fill Me In’), as well as some brand new tracks. 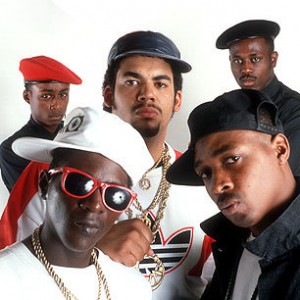 Public Enemy are also among next year’s line up, with more performers to be revealed in the coming months. (Image via Google)

Other artists included in the newly revealed line-up for the Saturday include Primal Scream, Public Enemy, Gaz Coombes, Ghostpoet and Don Broco. Meanwhile, the Sunday headliner has yet to be announced, but will be joined on the main stage by the likes of Jamie Lawson, Chas and Dave, The Cuban Brothers and Mr. Motivator.

Speaking of the line-up, curator Rob Da Bank said: “Common People was one of my most fun festival weekends of 2015, and believe me there was some competition! So, I’m really excited to share our first announcement, with some corkers from Craig David to one of my all-time faves Public Enemy, and up-and-coming acts Jamie Lawson and Kurupt FM. Hope you can come and sing along with the Common People!”

The festival also promises a number of fantastic food outlets this year, as well as several family-fun areas, such as an arts and crafts outlet, a kids area and a bouncy castle.

Common People will take place on 28th-29th May 2016 on Southampton Common. Tickets go on sale at 11am tomorrow (Friday 4th December).

For more information and ticket details, visit the Common People website.  You can read our reviews for last year’s festival here and here.